A murderer, an MP, a model: Who is who in the case Kuciak was investigating

Mária Trošková had lived for several years with Antonino Vadala who the Italian police believe to have had contacts with the Italian Mafia. 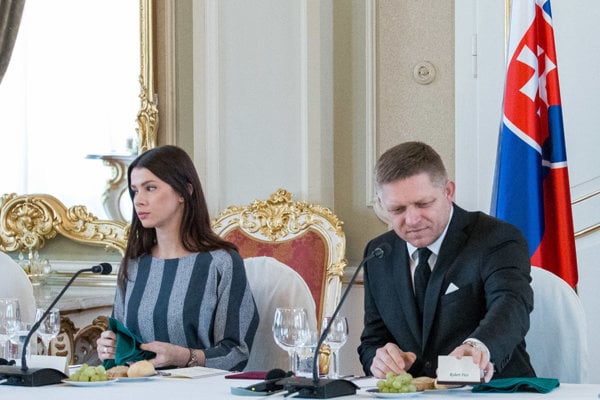 Several Italians appear in the story which the murdered journalist Ján Kuciak was working on, but there are also other characters including an MP and the son of a prosecutor. The Sme daily presents brief profiles of these 'players':

Antonino Vadala is a Michalovce-based businessman of Italian origin, probably a member of the Calabrian crime syndicate known as the ’Ndrangheta. Born in 1975, he is thought to have come to Slovakia in the 1990s. The information on his background is not consistent.

The Italian media reports that he comes from the village of Melito Porto Salvo. However, in the documents held by the Slovak courts he states the neighbouring village of Bova Marina as his original address. The villages are only 14 kilometres apart, lying in the region of Calabria where the ’Ndrangheta is strongest.

In 2016, Vadala denied being a member of the Vadala clan (i.e. ’ndrina) which is among the most influential in the ’Ndrangheta syndicate.

He has denied his background and has claimed to have grown up and studied in Milan – which even the data on his own profile on social network shows is false. In Slovakia, he is mostly concerned with enterprises involving agriculture subsidised from EU-funds.

He also has an interest in solar power plants. Vadala had already launched the construction of almost 40 of these power-plants by the time the ruling Smer party began to allocate licenses, which were non-transparent. Among other things, he also does business in real estate, owns the former Gemer brewery in Rimavská Sobota and rents stores from agricultural cooperatives.