It takes hikers 40 minutes to reach it from under the Strečno Castle. 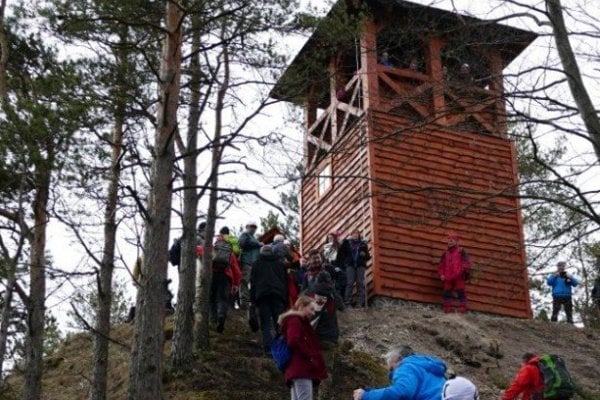 The attractions and sights of the village of Strečno can be seen from a new lookout tower, called Strečno, on Špicák hill. The new tourist attraction was officially opened on March 10th, the Dobrenoviny.sk website reported.

“You can see everything which the landscape, Strečno and its vicinity, offer,” Pavol Albrecht, project manager of the village of Strečno, told the website. “It is all worth seeing. I think that it has become another attraction on the Strečno list, along with the castle, the rafts, the monument to the French partisans… Everything can be seen most nicely from this lookout tower.” 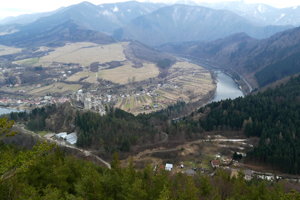 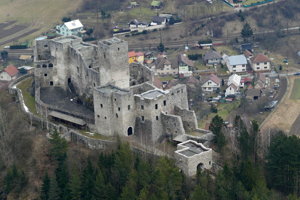 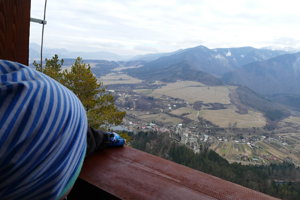 The tower should make the village even more attractive for the wider public including tourists and hikers, while also giving a reason to stay for longer than just one day, Strečno mayor Dušan Štadani said.

Hard path to the lookout tower

The idea came 10 years ago, but due to the demanding ground and poor servicing conditions, the construction was not built then.

“Only with further cooperation between the forest community of Strečno, the municipal service company, technical support from Terchová, and the hiker’s club, could we succeed,” the mayor said, adding that financially, the Žilina Region and the programme of cross-border cooperation with Poland helped complete the design.

The partner in this project – which includes the lookout tower, the education path, signs, information boards, bike racks, benches, promo material and other activities – is the Polish village of Jaworze. It cost about €39,000.

The lookout tower is relatively close to the parking lot under Strečno Castle, and can be reached on foot in 40 minutes. It was built between October and November 2017, Dobrenoviny.sk wrote.