Inflation in Slovakia slowed down in February

This was caused by the correction of food prices, according to analyst. 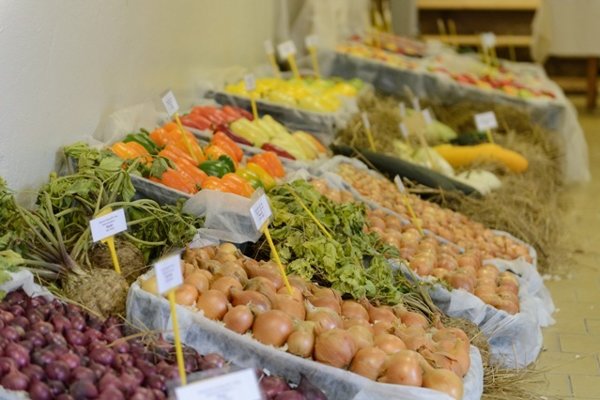 Prices decreased in clothing and footwear; food and non-alcoholic beverages. Prices of communication and education remained at the January level, ŠÚ wrote.

A price decrease in food by 0.7 percent was affected by the lower prices of oils and fats; vegetables (including potatoes); milk, cheese and eggs; fish; meat; sugar, jam, honey, syrups, chocolates and confectionary; as well as bread and cereals. Prices of fruits increased by 4.3 percent, and prices of non-alcoholic beverages decreased by 1.3 percent.

On average, over the first two months of 2018 compared with the same period of 2017, consumer prices increased by 2.3 percent, in total.

So far, expectations – the inflation to culminate could have culminated already in the first month of 2018 – have been fulfilled, wrote Ľubomír Koršňák, analyst of the UniCredit Bank Czech Republic and Slovakia. He added that inflation has slowed down in February, mostly due to correction of prices for foodstuffs and the subsiding basic effect in fuel prices. Demand inflation continued to accelerate in February, influenced by growing consumption.

Vegetables were the only category where prices were lower y-o-y – almost by one-tenth – supported by the basic effect. Fruits also grew (seasonally) more slowly than usual, growing only 4.3 percent against January, only slightly less compared to the same time in 2017. Fruit prices remained the fastest-growing item among foodstuffs.

Fuel prices in Slovakia declined due to the oil prices on global markets decreasing in February, by 1.0 percent in average.

The tense situation on the labour market has gradually – through increased pressure in demand – been reflected in the inflation, Koršňák noted.

The demand inflation calculated through prices of tradable goods’ index (without fuel prices) and market services (without imputed rent) – in the UniCredit Bank calculation – further accelerated in February, the highest since January 2013, i.e. in 5 years. Month-on-month, however, it was mainly used passenger cars that increased the demand inflation this month, soaring 11.1 percent and repeating the same situation from a year ago. The prices of household devices continued with accelerated growth, which may reflect a stronger euro in the beginning of 2018.

The dynamic growth of salaries is still reflected in the accelerating increase of market service prices.

The outlook for the upcoming months for inflation is to stabilise at levels above 2 percent, with demand inflation still contributing most to the acceleration of overall inflation. The growing demand will create a good environment for this, with secondary effects of lower energy prices not dampening it – unlike past years, Koršňák opined.

On the other hand, food prices should have an adverse effect (especially by the end of this year) on y-o-y inflation: we expect y-o-y growth to slow down, due to a strong basic effect (butter, eggs). So inflation could ease again by the end of 2018, closely under 2 percent.

On the contrary, the basic effect should temporarily speed up an increase in the consumer prices of foodstuffs y-o-y in March, due to an unstable season in vegetable prices, according to the UniCredit Bank analyst.