There will be no early elections, Bugár has agreed with Fico on the PM's resignation. Justice Minister Lucia Žitňanská ends too. Peter Pellegrini expected to be the new PM. 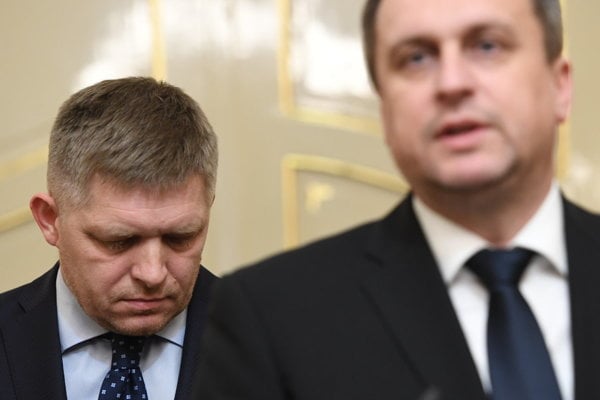 Even though Most-Híd originally said that they want early elections or they will leave the ruling coalition, after two days of coalition talks they have changed their minds and agreed to the fundamental reconstruction of the cabinet - with a new prime minister.

"To solve the political crisis, I am ready to offer my resignation as prime minister," Robert Fico said.

The coalition leaders have also discussed their proposal with President Andrej Kiska.

Fico listed several conditions that he wants President Kiska to fulfill: to respect and guarantee the results of the 2016 elections and the current distribution of forces in the parliament, and to respect and guarantee the coalition agrement, which means appointing the new prime minister that Smer will propose. He did not specify who it would be. The Sme daily wrote it will be Peter Pellegrini.

Bugár appreciates the decision of Fico.

"We believe it can calm the situation," Bugár said. "New government, new responsibility, and we will continue what we started two years ago,"

Fico has accused the opposition and the media of abusing the murder of Ján Kuciak and Martina Kušnírová for political fight. He said he was concerned that elections in an atmosphere like today would be accompanied by chaos and lack of stability.

"Slovakia is in a good condition, which is also a merit of the work of the current government," Fico said, adding he saw no reason to hand power over to the opposition, whom he labelled the "political big mouths". The coalition, the government, and the parliament are functioning, Fico stressed.

Fico remains the chairman of Smer.

SNS leader Andrej Danko called on young people who are organising demonstrations to put their energy into the political fight; he stressed that the prime minister has been in politics for 30 years.

"I believe this step will allow us to continue spreading the good name of Slovakia," Danko said.

Justice Minister Lucia Žitňanská in her official statement agreed with the decision of the Most-Híd leadership, but announced that she will not be part of the future government.