Fico fell. These are good, not perfect, developments

Unlike Kaczyński’s case there are two other parties in the coalition with Smer who can still bring the government down at any time. 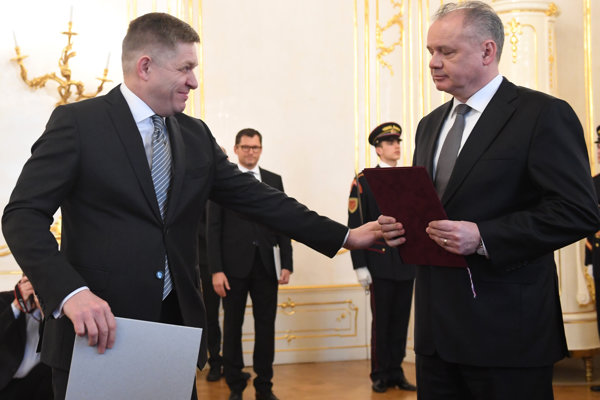 As menacing as that smile from Fico was March 15, it was not the smile of a confident man.
Font size:A-|A+26

Far be it from me to tell Slovaks that they should not harbor anger for Robert Fico, Robert Kaliňák or Smer. Given the inexcusable murder of Ján Kuciak and Martina Kušnírová, and Fico’s callous, almost psychopathic, response there is even more reason to be upset — and then there was that mischievous smirk he gave while resigning. Still, to an outside observer this government reshuffle looks the best possible result, for now.

Up to a few weeks ago the resignations of Kaliňák and Fico within a few days of one another would have seemed like a dream come true. Yet, today there are many who want more. As an emotion this is understandable — even justified — but for it to also be rational those same people would have to describe a realistic scenario to replace the current government with something better.