The sculpture has been temporarily moved to the promenade in River Park. 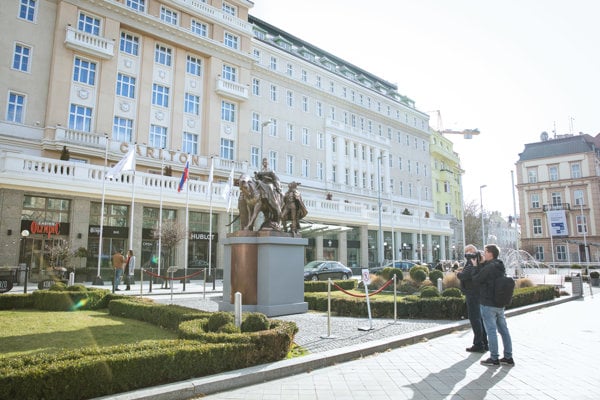 The statue of Maria Theresa was installed in front of the Hotel Carlton for a short period of time. (Source: SITA)
Font size:A-|A+8

On March 15, Bratislava city councillors decided that the equestrian statue of Maria Theresa should not be installed in front of the Hotel Carlton in the city centre. Several of them claimed that the statue was not suitable for this site and that it would be better placed in Bratislava’s borough of Rača, at Bratislava Castle or inside a public building.

“We already have several sculptures on Hviezdoslavovo Square that have no context,” said city councillor and architect Branislav Kaliský, as cited by the TASR newswire, adding that this statue, due to its size, is more of an interior sculpture. “Let’s not put everything in one place,” he commented

Rača mayor and city councillor Peter Pilinský has offered to find a place for the statue in his borough. 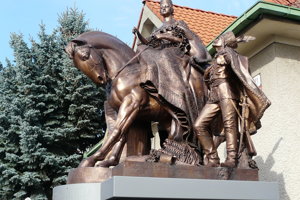 Read also:Maria Theresa may again have a monument in Bratislava Read more

The Bratislava Beautification Association (BOS - Bratislavský Okrášľovací Spolok), initiator of the return of the statue to Bratislava, has now moved it from the front of the hotel, where it was installed for a short period of time, to the promenade in River Park on the Danube embankment. It will stay there until the BOS decides on its next location. 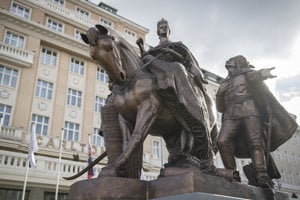 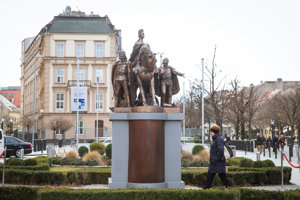 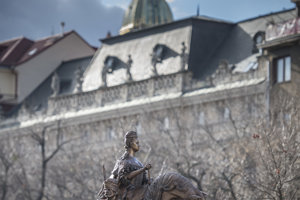 Of the proposed possibilities, the premises of Bratislava Castle seem to them to be the most suitable. The castle is currently undergoing a restoration that should return it to the form it took during the rule of Maria Theresa. 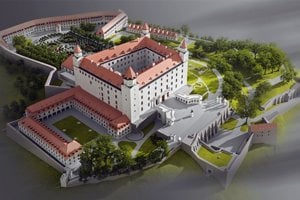 The bronze statue is a reduced copy of the legendary marble statue by Slovak sculptor Ján Fadrusz that used to stand on what is nowadays called Ľ. Štúr Square. It depicts the event of Vitam et sanguinem from 1741 when the Hungarian nobility supported the young ruler in her succession to the Hungarian throne and is considered to be a symbol of loyalty.

The site where the statue used to stand is now occupied by a sculpture of Ľudovít Štúr and his companion.

The BOS’ concept is for the statue to recall the Austro-Hungarian ruler Maria Theresa and the era when Bratislava (Pressburg at the time) was a coronation city.

To achieve this vision, Maroš Mačuha, as cited by the TASR newswire, said, “We chose this statue by sculptor Ján Fadrusz, which has stood in Ľ. Štúr Square since 1897 and was destroyed for political reasons by Czechoslovak legionaries in 1921.”

Sculptor Martina Zimanová created a bronze, reduced, reproduction of the statue on the basis of historical photos and the remaining fragments from the destroyed original.

The BOS has been looking for a place to install the statue for a long time. Originally they wanted to locate it on the Vajanského embankment, but the commission for monuments did not recommend this. In the end the site in front of the Hotel Carlton was deemed to be appropriate.

Maria Theresa was crowned in St Martin Dome in Pressburg in 1741 however, no street or square in Bratislava bears her name.