Slovakia struggles with the segregation of Roma and disabled children

Segregation deprives Roma and disabled children of the chance to interact with their peers, while majority children miss the opportunity to learn about diversity, the Council of Europe’s Commissioner for Human Rights stressed. 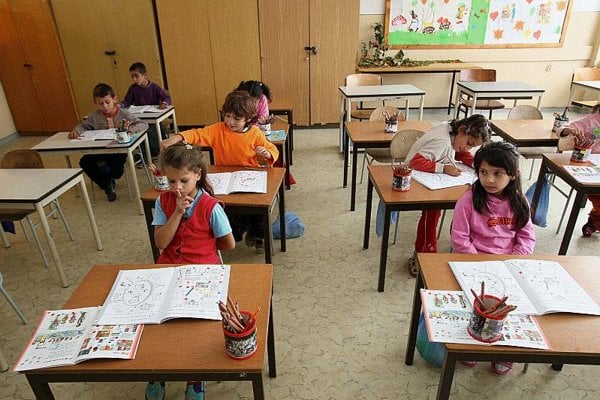 Slovakia continues segregating Roma children and children with disabilities in education. This stems from the findings of the Council of Europe’s Commissioner for Human Rights Nils Muižnieks, who came to Slovakia in mid-March.

Muižnieks last visited Slovakia in 2015, claiming that the country must do more to combat discrimination in law and in practice, and take effective measures to improve the protection of Roma, persons with disabilities and LGBTI people.

His recent four-day follow-up visit focused mostly on the inclusive education of Roma children and children with disabilities.

“Overall, there’s a little progress on inclusive education since my last visit,” Muižnieks said, adding he was hoping to see more changes. 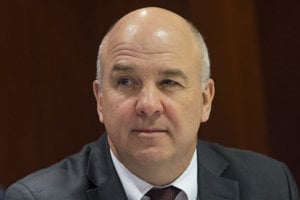 As his visit took place shortly after the murder of investigative journalist Ján Kuciak and his fiancée Martina Kušnírová, Muižnieks also met with the representatives of media outlets to discuss media freedom and the safety of journalists.

During the visit, Muižnieks visited several schools, including two near Košice, two in the Prešov Region (in Šarišské Michaľany and Ostrovany), and one in Bratislava.

Slovakia has the highest proportion of Roma children in schools that are either all Roma or mostly Roma. This amounts to 62 percent, according to EU data, which surveyed nine states with large Roma populations.

“The issue of segregation of Roma in education is quite pronounced here,” Muižnieks stressed.

This became apparent particularly during his visit to a primary school in Šarišské Michaľany (Prešov Region), which had been faced with a court ruling for having Roma-only classes in 2012. Despite efforts by the school, including through temporarily funded projects, segregation appeared to have worsened since the verdict. A lack of guidance from the state on how to achieve successful desegregation and retain non-Roma pupils remains a major problem, he pointed out.

At the same time, Roma are highly represented in special education as well.

“The vast majority are in special education and some are not educated at all,” the commissioner added.

He saw the non-enforcement of legal obligations in the field of inclusion in the case of a girl with Down's syndrome and a hearing impairment he met. She had been refused enrolment in a mainstream school. Moreover, Muižnieks was informed that even after a ruling issued by the Supreme Court in favour of the child, the school refused to enrol her, without facing further consequences.

Minus for the whole society

It also deprives Roma and children with disabilities of the chance to interact with their peers. At the same time, it deprives majority children of the opportunity to learn about diversity. 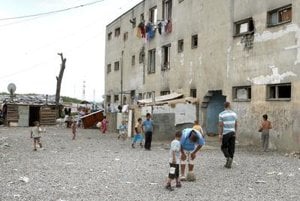 “It is also bad for society as a whole because it leads to the perpetuation of stereotypes and prejudices among the majority,” Muižnieks stressed. “It generally leads to a life of majorisation for people who have started life in segregate education.”

There is some important work being started to promote inclusion, but this often depends on the good will and efforts of individual schools, parents and others, but are not the result of a systemic approach.

Muižnieks hopes the changes to the government will not hinder positive processes.

As for the measures, Muižnieks highlighted the mandatory pre-school education that is very important for inclusion since it is “key to give an equal start to kids with a disadvantaged background, especially Roma kids, to avoid segregation later on”.

Another important process is the review of diagnostic testing, which has also been highly problematic in other countries where “tests are used not for the purpose of discovering what kinds of support needs children have, but to categorise them and very often to send them into separate schools”, the commissioner stressed.

He also stressed that by using the tests, there are many misdiagnosed children sent to special schools although they do not have any disabilities.

The third reform he mentioned concerns the funding of education, particularly concerning children in need and the school system.

Although there are also other projects, he had the impression that many are ad hod, piecemeal projects. As for what Slovakia needs to tackle, he highlighted the training of teachers to be ready to deal with Roma and disabled children and address the broader context.

“I felt a strong need for a bolder and comprehensive approach,” Muižnieks added. “You need a shared vision of what an inclusive school would look like. And this vision needs to be shared by everybody.”