Is Slovakia still in the bosom of corruption? 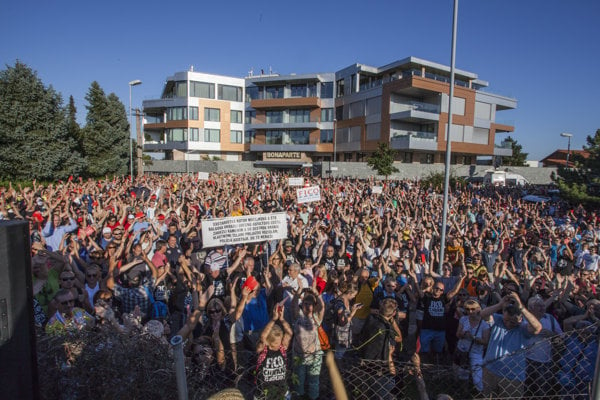 Corruption remains a long-standing problem for Slovakia. The latest case of a probable connection of governmental officials to the Italian mafia, revealed by journalist Ján Kuciak, who was brutally murdered with his fiancée in February 2018, shows how far corruption scandals can go.

The development indicates that corruption in Slovakia is approaching the so-called state capture level. It ceases to be an isolated problem and leads to a wide abuse of power, according to ethics watchdogs from the Fair-Play Alliance.

“Public institutions are subject to abuse to suppress competition of interest groups, to ensure government contracts for them, the smoothness of follow-up controls and legal impunity for actors,” Peter Kunder of Fair-Play Alliance told The Slovak Spectator. 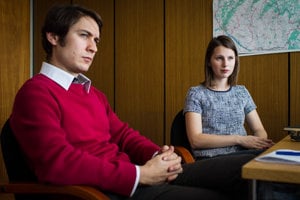 In recent years, the government has adopted several anti-corruption measures, including whistleblower protection and anti-shell laws.

Experts, however, say these measures do not work properly in practice. The fight against corruption in Slovakia stagnates, said Gabriel Šípoš, head of ethics watchdog Transparency International Slovensko (TIS).

“The activities of state institutions over the past period confirm the stagnation and the embarrassing approach of the country to the fight,” Šípoš told The Slovak Spectator.

Similar to the pre-1989 regime, the problem of corruption is still being pursued at all levels of public administration. Today, the drawing of EU funds is especially tempting.

Based on the report of the European Anti-Fraud Office (OLAF), interest groups have designed the logistical process of drawing EU funds in a very detailed way. Interest groups have regional spheres of influence and search for suitable candidates for individual calls, says Tomáš Strémy from the Faculty of Law at the Comenius University in Bratislava.

“They also provide everything necessary for the preparation of overvalued projects and its approval by affiliated persons to the relevant governing bodies,” Strémy told The Slovak Spectator.

Death of a journalist

Kuciak’s investigation into the allocation of EU funds in agriculture is likely the reason why the investigative journalist of the Aktuality.sk website and his fiancée, Martina Kušnírová, were shot dead in their house in Velká Mača (Trnava Region) in February 2018. In his latest article, published after his death by several Slovak and foreign newspapers, Kuciak wrote about Italian organised groups doing business in agriculture in eastern Slovakia with people close to Prime Minister Robert Fico and his government.

After the murder and revelations, civic society began to protest “For a Decent Slovakia” around the country and abroad with demands that PM Fico and Interior Minister Robert Kaliňák step down from their posts.

In addition to strong social pressure, Vasiľ Špirko, the prosecutor of the Special Prosecutor’s Office, decided to blow the whistle on Kaliňák and top police officials due to improper charges against him after his supervision of the B.A. Haus case, related to the infamous Bašternák scandal of 2016.

While the pressure to tackle corruption is strong, the official numbers of solved corruption cases in Slovakia has decreased over time. The latest statistics from the special prosecutor’s reporting on the activities of the Special Prosecutor’s Office in 2016 show that only 113 perpetrators were subject to prosecution for corruption in 2016, compared to 173 in 2015, and 209 in 2014.