The Dominik Tatarka literary prize went to an intellectual, an ecumenical team of authors

The awards hailing Slovak dissident intellectual and writer went to „a collection of critical texts and the 5th volume of comments to Psalms”. 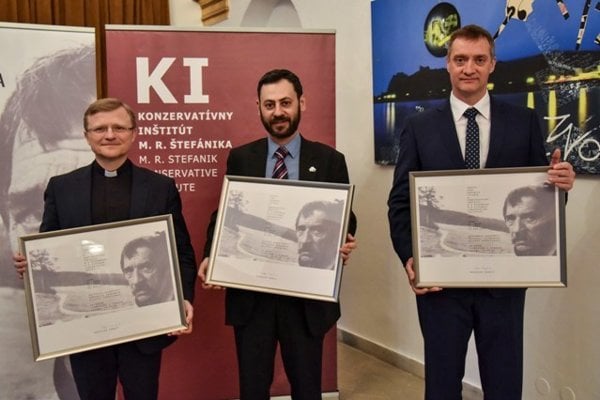 The laureates of Dominik Tatarka awards 2017 are Martin Milan Šimečka, a journalist/writer/editor for his book Medzi Slovákmi (Among Slovaks) and to a team of authors, represented by Bohdaň Hroboň (head of Biblical School), Misha Kapustin (rabbi) and Miloš Lichner (Dena of the Theological Faculty of the Trnava University) for Psalms 51-75; Comments to the Old Testament.

The awards were handed out at a special event on March 13, in Pálffy Palace in Bratislava.

“Favourites were clear form the first moment on, the jury decided absolutely spontaneously and consensually this time,” jury chairman, Peter Zajac, head of the M.R. Štefánik Conservative Institute, told the TASR newswire. “Psalms belong among gems of world literature, and also among the most beautiful texts of the Old Testament. This work is exceptional in that it shows a very complex approach, huge ecumenical collective and a very meritorious work, as it offers both comments to Psalms and translation of Psalms.”

As for the former work, its writer M.M. Šimečka noted that rather than personal memoirs, it represents a wider, essayistic picture of Slovakia of the past half a century. 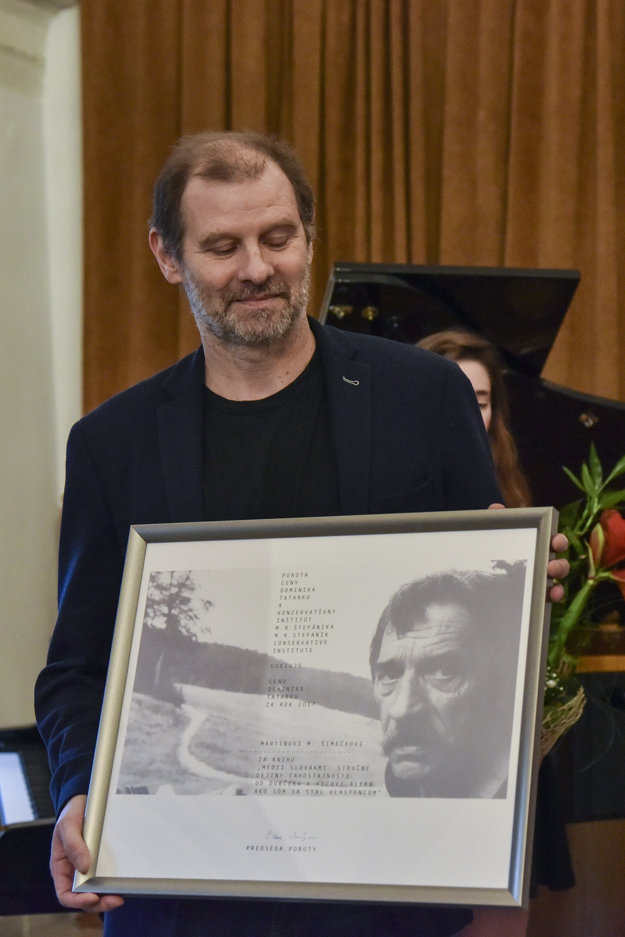 The second award hails the generously conceived ecumenical edition of comments to the Old Testament that has no par in Slovak culture. It is “a gate to the thinking, Christianity and Judaism, and a proof that Jews and Christians are able to improve the world,” one of the authors, Kapustin, noted.

Those awarded received a painting by Ladislav Čarný as the prize.

The Dominik Tatarka Award is a prize bestowed annually since 1995 ot abook which appeared in the previous year – for an exceptional work that fulfils the humanistic traditions of Slovak culture and continues the spiritual message of late Slovak writer-dissident Dominik Tatarka, TASR wrote.