In Canada, lucky is not just about the beer

MP Peter Marček and his Internet troll brethren are right – I didn’t come home because I missed Canadian beer. 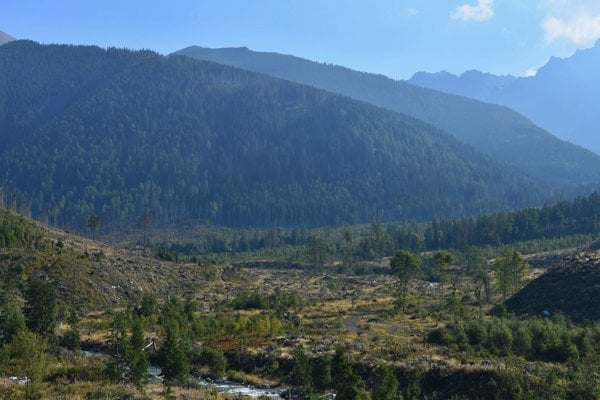 I haven’t had the heart to hike again in the Tatras after the 2004 windstorm. (Source: TASR)
Font size:A-|A+

I’ve been reading various ruminations (from the Latin ruminari, to chew something over as cows do) by conspiracy enthusiasts about why I “fled” from Slovakia to Canada. So I wanted to give them something to aid digestion.

Some of these accusations have been sent, like confused but furious wasps, to my inbox. Others have been confided to parliament by a man I last saw dining, with his Sme Rodina colleagues, in the company of JUDr. Roman Bušo.

People who investigated illegal flows of Russian weapons through Slovakia in the 1990s know Dr. Bušo well; the public might more remember Dr. Bušo’s Hummer, which in 2005 was decorated with a banner reading “Palko je organ” after the then Interior Minister’s traffic cops clamped it for illegal parking. Just saying: We all live in glass houses, and people eating Dr. Bušo’s soup shouldn’t be throwing stones.