The Sunday explosion and fire that claimed one life is being investigated as public threat. 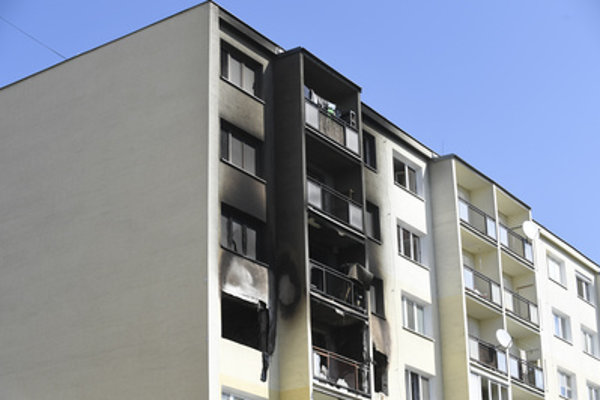 The house that suffered explosion and fire on Sunday 8 in Košice. (Source: TASR)
Font size:A-|A+

On April 8, the inhabitants of Obchodná Street in Košice witnessed an explosion and fire in their block of flats. “A dead man's body was found in the flat at the epicentre of the explosion; the identity is being checked by the police,” regional police spokesperson Jana Mésarová told the TASR newswire.

The police launched the investigation and a criminal prosecution, citing public threat as the main charge.

The reasons have not been determined so far, Mésarová added. “The falling debris of the windows damaged several cars and motor vehicles parked next to the block,” she said, adding that later, the fire spread from one flat to the corridor and the outer walls of the house, and the space was full of smoke. 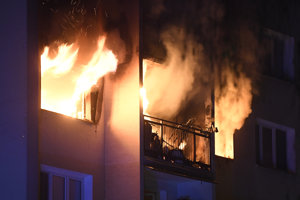 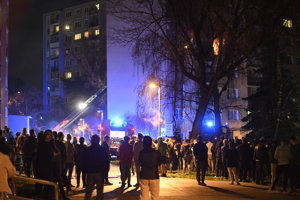 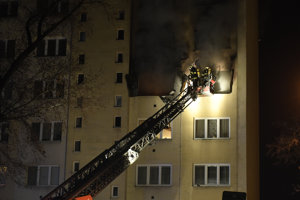 One day later, police were still searching the crime site, with experts from the Criminal and Forensic Institute of the Police Corps, hoping to find a clue.

The explosion took place around 21:30 on April 8, all inhabitants immediately evacuated. Four of them suffered health issues caused by smoke inhalation.

30 firefighters and nine vehicles were deployed.