Is Slovakia’s free press under attack?

Journalist’s murder not the only reason to be concerned about media freedom in Slovakia. 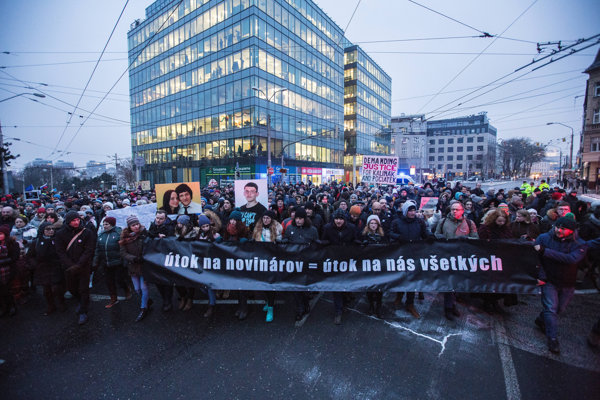 "The attack on journalists is the attack on us all," reads the banner. (Source: SME)
Font size:A-|A+10

“An attack on journalists is an attack on all of us,” read a banner journalists carried at the head of the Bratislava march to commemorate the murdered journalist Ján Kuciak and his fiancée, Martina Kušnírová, on March 2.

It’s the beginning of May 2018 and as far as media freedom is concerned, Slovakia has just been through one of the toughest experiences in its 25 years of existence, after the couple was found murdered in their house on February 25. The police immediately confirmed that the motive of the murder was Kuciak’s work as an investigative reporter. 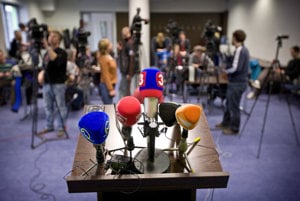 “Ján Kuciak’s murder in February 2018 triggered an unprecedented political earthquake in Slovakia and sent shock waves through the international community,” the World Press Freedom Index writes about the current state of media freedom in Slovakia.

The incident was one of the reasons why Slovakia dropped in the 2018 Index ranking by 10 positions to the 27th place.

In the past years, the country always ranked among the top 20. Robert Fico, who stepped down as prime minister following the political crisis triggered by the murder and Kuciak’s posthumously published findings, often used the ranking compiled by the Reporters Without Borders organisation as an argument to demonstrate there is nothing wrong with media freedom in Slovakia.

The 2018 report, however, highlights Fico’s statements that journalists are “filthy, anti-Slovak prostitutes” and “idiotic hyenas”, as one of the examples of politicians’ hostility towards the media.

“More and more democratically-elected leaders no longer see the media as part of democracy’s essential underpinning, but as an adversary of which they openly display their aversion,” the report reads.

Until the attack on a journalist, the Slovak public generally neither showed any real interest in the work and existence of independent media nor did it try to fully apprehend the media’s irreplaceable function for society, said Rasťo Kužel, executive director of the non-governmental media watchdog Memo98.

“The murder of Ján Kuciak and his partner was a watershed moment,” Kužel told The Slovak Spectator.

Beáta Balogová, editor-in-chief of the Sme daily, who is also a member of the executive board of the International Press Institute, believes that journalists are now even more determined to carry out investigative reporting and pursue any suspicions of corruption.

“A murder of a journalist is such a critical shake-up and change for society that our perception before the murder will never return,” Balogová told The Slovak Spectator, adding that the next generation of journalists will always go back to this moment as the time journalists were under threat in Slovakia.