The commemorative concert coupled with a holy mass took place on the day Kuciak and Kušnírová were supposed to wed. 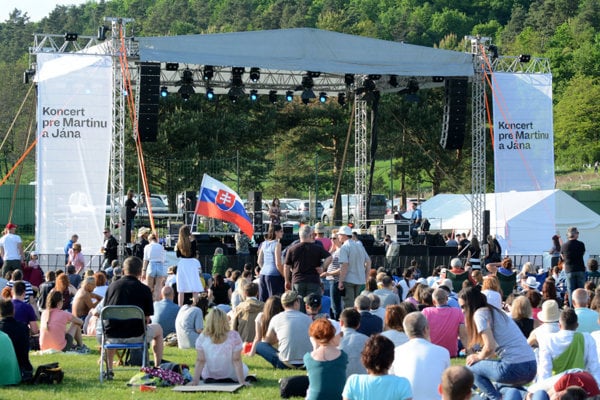 The wedding of a young couple, journalist Ján Kuciak and archaeologist Martina Kušnírová, was planned for May 5. However, they were both murdered on February 21 in their house in the village of Veľká Mača (Nitra Region). Although the couple never got to marry, a commemorative event including a Requiem Mass and a concert was held on their planned wedding date in Gregorovce, east of Slovakia.

Some 3,000 people and hundreds of artists, who performed for free, paid tribute to the murdered couple, the Sme daily wrote. Czech singer Michal Kocáb stated that this concert has a single goal – to make sure people do not forget that the most precious thing we have is human life. A German TV channel also attended the event, also showing interest in the dissatisfied farmers who have been affected by the strange allocation of subsidies from EU-funds, as well as Italian entrepreneurs in eastern Slovakia allegedly farming there. They were mentioned in Kuciak's last story.

Two chairs bearing the initials J and M for the murdered couple were placed in front of the altar during a Requiem Mass at the local Church of the Assumption of Our Lady, the TASR newswire wrote. Afterwards, people stopped by the grave of Martina Kušnírová, who was buried in this village.

Later in the day, artists appeared on a stage used by a local football stadium. Some sang wedding songs and plaintive melodies, while others opted for rebellious music with lyrics describing unresolved problems in society.

The programme opened and closed with music by Johann Sebastian Bach because Kuciak was a passionate fan of classical music, according to the daily.

Father of the victim comments

“I had imagined this day differently. At this moment, we were supposed to be sitting in a dining hall after the wedding ceremony,” the murdered journalist’s father, Jozef Kuciak, told TASR, adding that he has not learned anything new about the course of the investigation. “There’s an information embargo; we can’t even access the file. We were given a promise that perhaps next week we’ll be able to talk to a prosecutor ... Nevertheless, there were two such promises in the past and nothing happened,” he noted. 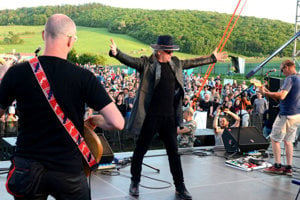 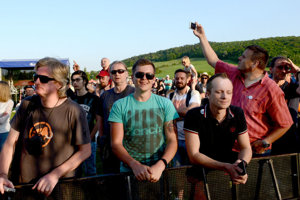 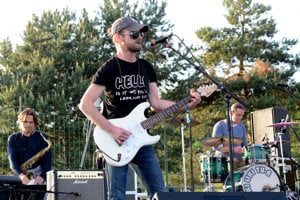 Concert for Ján and Martina, Gregorovce, May 6 (29 photos)

Ján Kuciak and Martina Kušnírobá, both aged 27, were found shot dead in their house in Veľká Mača (Trnava region) in late February. The police still have not identified those responsible for the murder.

The investigative journalist’s final article focused on the activities in Slovakia of certain Italian suspects, allegedly members of the Mafia, and their links to figures of the Slovak Government Office. The article was released after his death by several major media outlets worldwide, including Bild, Welt, Blick, Le Temps, Politico, Business Insider and Newsweek.

Public protests in Slovakia following the double murder led to a government crisis and the resignation of prime minister Robert Fico, who was replaced by Peter Pellegrini (from the same ruling party, Smer).