The route is one of eight new flights from Bratislava that Ryanair has announced so far for 2018. 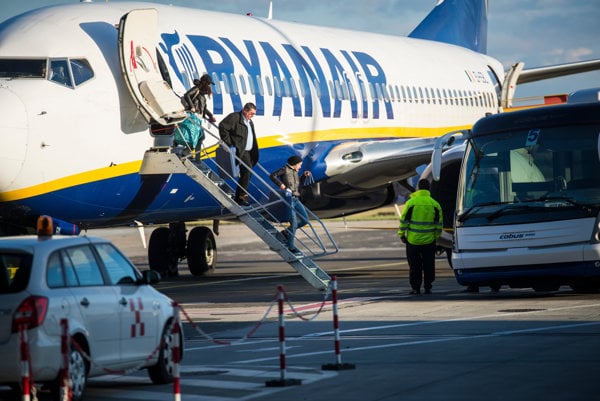 Irish low-cost airline Ryanair has announced a new regular route from Bratislava’s M.R. Stefanik Airport to the Moroccan city of Marrakech as of October 30.

“We are pleased to launch this new route from Bratislava to Marrakesh in Morocco, which will operate two times per week on Tuesdays and Saturdays from the end of October, as part of our Winter 2018 schedule,” said Olga Pawlonka, Ryanair sales and marketing manager for CEE and Balkan. “The tickets are on sale as of today.”

On this occasion, Ryanair is releasing seats for sale from just €19.99 for travel in May and June 2019, which are available for booking on Ryanair.com until midnight Friday (May 11).

The route is one of eight new flights from Bratislava that Ryanair has announced so far for 2018. In late March the airline launched new routes from Bratislava to Malta, Burgas (Bulgaria), Paphos (Cyprus) and Thessaloniki (Greece), said Veronika Ševčíková, spokesperson for Bratislava Airport.

At the beginning of June the airliner will add a new route to Eindhoven in the Netherlands, and at the end of June it will link Bratislava and the Turkish city of Dalaman with a direct route. Subsequently, as well as the new route to Marrakech, it will launch new flights from Bratislava to Kiev-Borispol in the Ukraine in November.