Piešťany hospital wanted to buy the CT scanner for a million euros more than a Czech hospital did at the same time. After being highly publicised, the purchase was scrapped and nine people were charged. 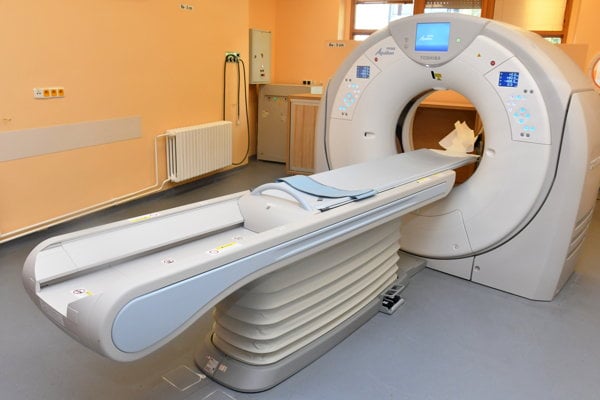 The Regional Prosecutor’s Office in Trenčín has ultimately halted the investigation into the overpriced purchase of a CT scanner for Piešťany hospital, claiming it was not a crime, the Denník N daily wrote on May 15, citing the Office’s spokesman Marián Sipavý.

Back in 2014, the hospital wanted to buy the scanner from the Medical Group company for €1 million more than the price for which it was sold to a hospital in the Czech Republic.

After the case leaked to the media and the public responded with a series of protests, the hospital scrapped the tender and decided not to buy the device. The police brought charges against nine people, including the then-head of the hospital, Mária Domčeková, but the prosecutor’s office cancelled the decision. The scandal resulted in the resignation of then-health minister Zuzana Zvolenská, then-deputy speaker of parliament Renáta Zmajkovičová – who was sitting on the hospital Board – and then-speaker of parliament Pavol Paška, who was one of the co-owners of Medical Group. The series of controversial tenders led to patients seeing the new CT scanner only last year. The new scanner is one million euros cheaper than the one chosen for purchase in 2014, according to Denník N.

The National Criminal Agency (NAKA) has only launched the criminal prosecution in connection with the 2011 purchase of two overpriced CT devices in Žilina Region – in the Liptovský Mikuláš and Trstená hospitals – under the helm of Juraj Blanár. A former governor of the Žilina Region, Blanár is vice-chair of the ruling Smer party. He set the criteria so that the offer was €1.5 million higher than the two others won. The governor explained it by saying that the two other companies offered a speculative and not a real bid.

The Žilina Region, currently led by Erika Jurinová of the opposition OĽaNO movement, approved the calculation of the damage caused by the purchase for the prosecution. The Public Procurement Office (ÚVO) also found that the tender was non-transparent.

Blanár says, as quoted by Denník N, that he has no information on the prosecution being launched.