Babiš at Globsec: Immigration quotas will not protect our continent

Immigration, innovation and security were some of the topics discussed during a panel discussion at the 2018 Globsec conference. 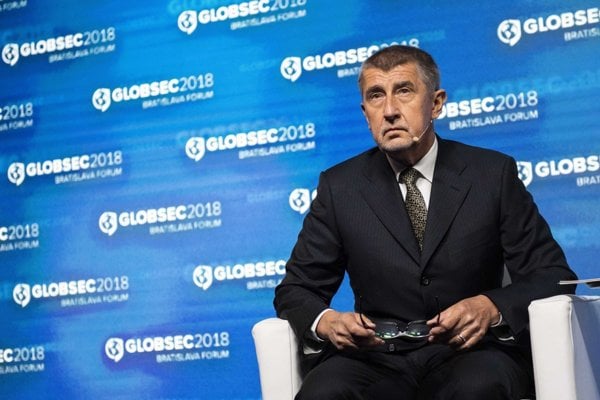 European countries failed to understand how crucial the issue of immigration is for central-European states. “It is absolutely unacceptable that someone else wants to decide on who will work and live here,” resigning Czech Prime Minister Andrej Babiš told the Bratislava conference Globsec 2018.

During the panel discussion with Slovak PM Peter Pellegrini, he discussed the priorities of central-European countries for the future reforms of the European Union. Pellegrini openly avowed closer integration in specific areas, while Babiš questioned whether something like multi-speed can even be considered.

Pellegrini agreed with French President Emmanuele Macron who stated that the first reforms’ results need to be visible by the following year.

“Otherwise, we will only grumble, without specific results,“ Pellegrini stated. “It is not possible to talk forever about a unified digital market, and to have just six standards accepted out of more than 40.“

The European Union lags behind, according to him, in innovation, in part because some regulations hamper real growth. “In Europe, the best ideas are born but people leave for the USA or Asia where they can grow faster,” Pellegrini said.

How is speed measured?

In his address, Babiš admitted that when multi-speed Europe is mentioned, he does not know exactly what is meant by this. “How is it measured? By the state of economy? Budget? Indebtedness rate? Economic growth? Unemployment rate?” he asked, adding that in all these cases, the Czech Republic belongs among top EU members.

Even if the integration develops at different speeds, it is crucial, he opined, that all countries get the chance to join in later, when they are ready, and also that all member states decide on all changes.

For the Czech Republic, security is the most important thing, according to Babiš.

“The Czech Republic is the sixth safest country worldwide, our people feel safe,” he boasted. 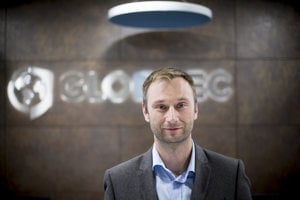 In the last two Czech election campaigns, the fear of terrorist attacks and connecting Muslim migration to terrorism helped extremist Tomio Okamura achieve a historical result in the Parliamentary House, while Miloš Zeman was re-elected as Czech president thanks to these issues.

Babiš dislikes the fact that the debate only revolves around “the stupid quota” all the time. According to him, the bloc should have focused on negotiating peace and a kind of Marshall Plan for the country in Syria, which European firms would also profit from, instead of solving the fate of millions of refugees.

Why Greece, and not Bulgaria?

The same should also apply for Schengen, he thinks, which “does not make sense”. “Why does it include Greece, but not Bulgaria or Romania?” he asks. “It is important to defend a continent, to deal with illegal migration outside the continent. It is not normal that human smugglers earned almost six billion euros in 2016,“ he stated.

Hungarian PM Viktor Orbán talks regularly, too, about the necessity to protect the European fortress, European culture and Christian values from Muslim immigrants. A clear refusal of refugees is also pushed through by the fourth member of the Visegrad Group, Poland. 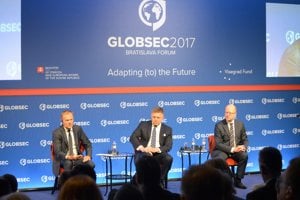 In the issue of the European stance towards migration, Babiš concurred with Pellegrini who opined that only methods that will help “the real refugees” have to be found. The debate on changing the European asylum system has started badly, according to him, as quotas are mentioned from the very beginning. First, the states should have agreed on how they can protect borders, and then explained “what form of solidarity individual states can offer”.

“It is important to defend a continent, to deal with illegal migration outside the continent. It is not normal that human smugglers earned almost six billion euros in 2016.“

Babiš also dislikes the recently filed EU budget draft, which he said was “dictated” by Brussels. According to the draft, new member states would get less money, while those that have felt the heaviest burden of the refugee wave would get more.

The Czech PM, who was prosecuted for fraud when drawing EU-funds, specifically dislikes that “with every change in drawing, we have to ask Brussels”. “Member states must have the final word, and not the Brussels officials,” he stressed.

Globsec 2018, one of the biggest security conferences in the world, started on May 17 with a speech by Slovak President Andrej Kiska. Jointly, with clear rules, we can make this world a safer and better place to live in, he stated. He added that currently, he notices that in central European policies causing aggressive assertion of selfish interests and violation of international law prevail over values of freedom and democracy.