President Andrej Kiska paid for both parts of his campaign through the KTAG company. 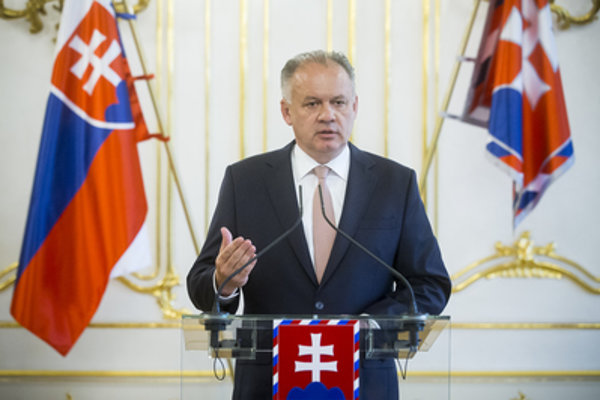 How did, in fact, Andrej Kiska pay for his campaign? Since 2013, the Slovak president has repeated that he paid for the whole campaign from his own pockets. It turns out, however, he did not pay for any part of the campaign directly from his own money. This stems from invoices someone sent to the private TV broadcaster, Markíza.

Why did he do it?

Each campaign has two parts: an informational part, which can last for several months, and an official part, which begins 15 days before the election. The latter has stricter rules and candidates can spend a maximum of €133,000 on it.

Kiska repeatedly claimed that he paid for the second part of his campaign from his own account. But Markíza has available invoices which suggest the due money came from accounts of his company, KTAG. Despite this inconsistency, the president insists he did not lie, and the money was actually his.

“He paid for the campaign by transferring money from his private account to his KTAG company, and the company then covered the TV commercials, advertisements and billboards,” said his spokesman, Roman Krpelan. He did not further explain why Kiska did it this way but the published information does not automatically mean Kiska acted for some dubious reason.

“This may have been more comfortable for him, or he was simply unable to do it on his own,” financial manager and former auditor, Marián Jaroš, said. “Let’s say that instead of 50 payments, he thus managed the whole campaign by a single one, to the account of his company,” he adds.

Tax consultant Alica Orda Oravcová sees it similarly, and explains that this procedure is not prohibited in Slovakia. However, some accounting and tax rules must be observed still.

“Such a procedure is most often used if the whole administration (orders, individual payments, etc.) is secured by company employees, and then, it charge's it all out to a natural entity (Kiska, in this case- ed. note),” she adds.

Currently, many things are unclear surrounding payments for the official campaign. Besides not being known which contract, or agreement, Kiska and KTAG had between themselves, it is not clear at all whether there was any.

It is not known, either, what the president’s company reported in its tax return. Nor is it known whether he changed the way in which he financed the official campaign in additional tax returns.

He reported them after some time when tax officials discovered incongruities in KTAG's accountancy, in connection with the first information campaign. Without these details, it is thus impossible to completely determine whether everything was correct or what was the result of the tax correction.

Kiska may have paid for the official campaign in several ways. He could have ordered services from KTAG as a natural entity, and then use it for the official election campaign. In that case, the company may have accounted for its expenses in fulfilling the order as tax-deductible expenses but only if KTAG had invoiced these services after the end of the campaign. This is not stated, though, in the originally reported balance of accounts.

It is possible, too, that he agreed with the company it would pay his campaign invoices for him, and thus, KTAG had an account receivable towards him which Kiska paid within the deadline, together with interest. In that case, the company could not deduct the work on his campaign from taxes, nor state these services in accounting costs.

Amounts do not fit

Besides questions on what kind of contract Kiska had with KTAG, another incongruity appeared, according to Markíza. The invoices paid imply that the president paid more for the campaign than he originally claimed.

Kiska stated he spent a total of €251,000 for the first and second round of the official campaign. However, the invoices are actually worth a total of €268,000. If this is true, it would mean that the president exceeded the financial limit (€266,000) stipulated by law.

Among the invoices are two for the public opinion poll which, according to the President’s Office, need not have been included. In that case, costs for the campaign were €259,000 and the difference against the sum declared would be around €8,000.

The President’s Office informed it was looking for necessary documents in the archive of the KTAG company, and it will comment more in detail on the situation if they manage to find them. Part of the documents may be currently in the hands of the police and the Prosecutor’s Office, who investigate tax matters of Kiska’s firm.

Krpelan believes sending the invoices to TV Markíza was part of an ongoing effort to discredit and smear Kiska's name, “which the chairman of Smer, who recently admitted to having information underlying tax secrecy that only the National Criminal Agency and Financial Administration have at their disposal, announced recently.”

This concerns the press conference, which Smer MP Robert Fico summoned recently to claim, without knowing details, the results of the tax official's audit “are disastrous”.