Lawyer Čaputová will run for president

A lawyer well-known to the public as civil activist and currently vice-chair of the non-parliamentary party Progresívne Slovensko, Zuzana Čaputová, announced that she would run for president. 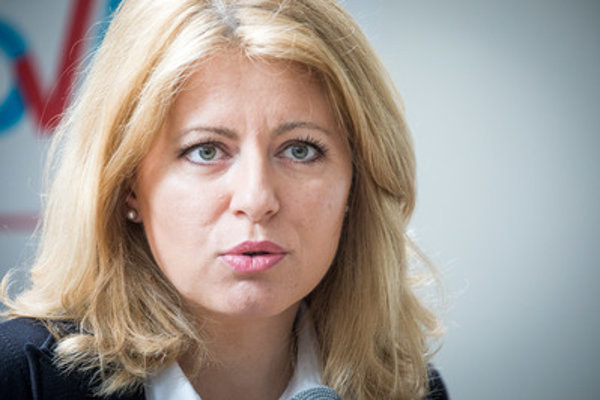 Zuzana Čaputová will join the fight for the presidential palace in next year’s election. Lawyer, civil activist and currently the vice-chair of non-parliamentary party Progresívne Slovensko (Progressive Slovakia) stated so at a press conference held on May 29, adding that fairness, decency and honesty need to return to Slovakia, and conditions for a dignified life need to be created.

“As head of state, Slovakia needs a peaceful, calm leader able to make connections, trusting in possible change,” Čaputová said, as quoted by the TASR newswire. “I do have this experience, and so I have decided to run.”

She is well-known for her long-time fight to stop the waste dump in Pezinok and for abolishing the amnesties of Vladimír Mečiar. For years, she cooperated with the Via Iuris civic association.

“My professional background so far has concerned the issues of law and justice – I would put great stress on that,” she said, as quoted by TASR. “Also, another strong theme is the environment and various 'forgotten' groups of citizens. By this, I mean the elderly in particular.”

She noted that justice is selective and delayed in Slovakia, with law enforcement being a huge problem.

It would be good to compensate for the solely male representation in the top positions of public power with a female element that can be calming and directed more towards negotiation than the escalation of conflicts, Čaputová added.

“Women have their place in public life, and so I have decided to make this attempt,” she explained. “Only the election will show how it ends.”

The candidate has already communicated about possible support with the Spolu-Občianska Demokracia party and she plans to talk with other parties, excluding the extremist ĽSNS, Smer and SNS. Progresívne Slovensko has launched a petition to collect signatures in her support.

By May 29, she already opened a transparent account, TASR wrote.

The presidential election will take place in spring 2019, while the incumbent, Andrej Kiska, said he would no longer run. A candidate can be anyone over 40 with permanent residence in Slovakia, proposed by at least 15 MPs or 15,000 citizens.