They say that they cannot do their job as dutifully as before under current conditions. 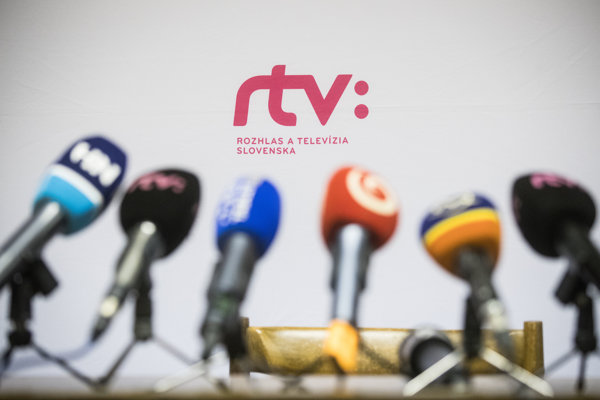 The crisis in the public-service broadcaster RTVS does not seem to be over. After the representatives of the news trade unions failed to come to an agreement with the broadcaster’s management, 12 people have handed in their notices on May 31.

“We have liked, like and will like RTVS,” the representatives of the news trade unions wrote on a Facebook page. “Our decision was not easy. We have children, mortgages and commitments, but most of all: we love this job. However, we cannot do it as dutifully as before under the current conditions.”

The notice period will now last two months. If during this time RTVS general director Jaroslav Rezník decides to recall the news desk’s management, they are willing to agree on withdrawing the notices.

Former spokespeople are the problem

Rezník met with the representatives of the news trade unions on May 23, but refused to accept nearly all their conditions, including taking back the four external reporters, signed under the critical letter, whose contracts were not prolonged earlier this year, dismissing the news desk’s management. 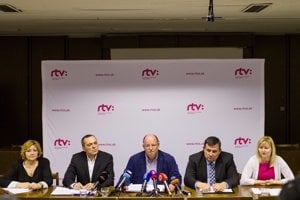 The reporters are critical of the fact that former spokespeople of state institutions and ministries have been appointed to top posts and that the broadcaster has failed to adopt mechanisms to rule out any potential conflict of interests, the Sme daily reported.

Only a few days after the meeting, the trade unions stated that RTVS had hired another former spokesperson: Marián Jánošík, who came from the Statistics Office to fill the post of editor. Jánošík used to work as spokesperson for the former transport minister, Ľubomír Vážny (Smer).

“It is another person with conflict of interests working for RTVS,” they said, as quoted by Sme. “This time, he has a direct impact on the content.”

Critical voices from home and abroad

The situation at RTVS has also been criticised by the international organisation Reporters without Borders along with Slovak reporters. More than 200 journalists have signed a call, warning against censorship in broadcasting. They also pointed to the fact that reporters who oppose the plan to inform the public about conspiracy theories are persecuted, Sme wrote.

Rezník, elected to the post last year with the support of the Smer and the Slovak National Party (SNS) ruling parties, has derided the conflict several times.

Meanwhile, several reporters and other employees have submitted their notices.

Thank you for singing up. Shortly an email will be sent to the address you provided to verify your e-mail.
Error! Please try to register again later, your e-mail was not registered.
Your email is not in a correct format.
Please confirm you are not a robot.
Share on Facebook (132)