The Czech Republic was chosen as a springboard for Chinese investment in Europe with politicians easing the way. 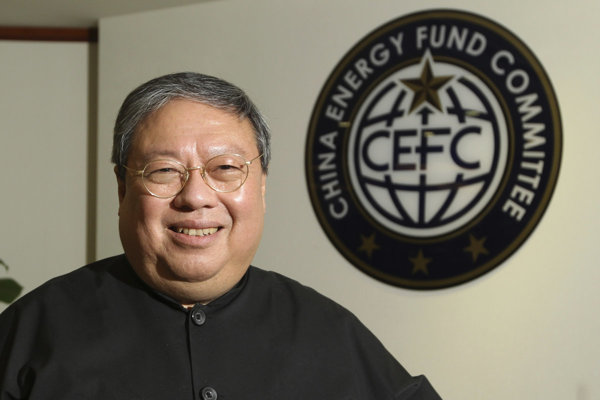 What should have been a gateway for the Chinese into the European market ended with a partial hostile takeover of a Chinese firm and threats on Twitter.

The Chinese energy company CEFC, in debt to the J&T Finance group to the tune of 11.5 billion Czech crowns (i.e. €445 million) have invested tens of billions of Czech crowns in the Czech Republic and the takeover and the tweets are some of the ways the financiers of J&T have used in an attempt to recover the debt in recent weeks.

This too is a story of failure in the attempts of Chinese firms to expand into the European market. The Chinese have a lot of free capital and they need to deposit it somewhere. For them, Europe is interesting export opportunity. To expand, they need a local partner and J&T is an important player on the real-estate and financial markets.

“The Chinese chose the Czech Republic as a gateway to the EU, thanks to its geographical proximity to Germany. Definitely, the extremely good relations between the Czech President and China have also helped,” Petra Štepánová, spokesperson for the analytical company Bisnode, says. The Czech President Miloš Zeman visited China personally to lobby for their investment in the Czech Republic. The former head of CEFC, Ye Jianming, even acted as Zeman’s advisor.

CEFC's holdings in the Czech Republic:

49.9 percent of stock of the Travel Service aviation company

Several luxury hotels and buildings in downtown Prague, like the Mandarin Oriental Hotel, the building of the former Živnobanka, Martinický Palace at Hradčany and the Florentinum administrative complex

They have also invested in the media firms Médea Group and Empresa Media.

Since its launch on the Czech market in 2015, CEFC has exhibited a great hunger for purchasing. They invested in several companies – from airlines and travel agencies, to a football (soccer) club, engineering businesses and media and luxury hotels in the centre of Prague. In the Czech Republic, CEFC currently employs more than 4,000 people.

However, buying Czech firms was not enough for the company, and they were preparing to purchase a share in the Russian company Rosnefť. For this deal, they borrowed almost half a billion euros from J&T. The purchase did not materialise however and the Chinese firm used the money elsewhere – according to J&T’s claims – thus violating the credit contract.

As Slovak financiers operating in the Czech Republic, J&T entered several daughter companies of CEFC, and installed their people there. This amounted to a hostile takeover (i.e. an attempt to gain an important percentage of the company’s shares, despite the protests of other shareholders). One of the reasons was that they feared for their claims against the indebted company.

After the hostile takeover, an exchange of views between CEFC and J&T on Twitter followed. Jaroslav Tvrdík, one of the recalled members of CEFC Europe’s board, claimed that the Chinese wanted to pay J&T but the latter refused to accept the money without due reason. On the other hand, Patrik Tkáč, J&T Finance Group’s CEO, wrote that they wanted the money but CEFC did not want to pay.