A Slovak cryptofarm using actors and a data centre for promotion caught the eye of the worldwide IT community. 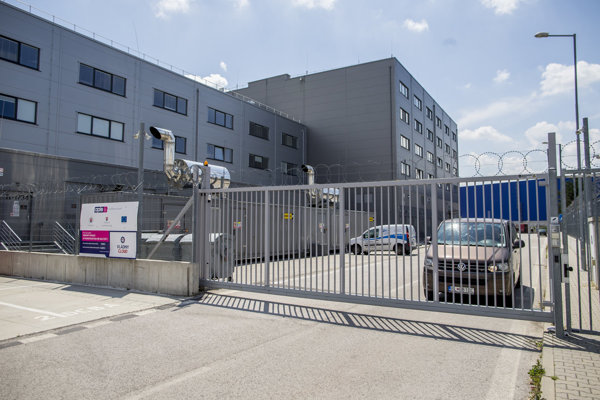 A building owned by Igor Rattaj where cryptominers rent the spaces. The Slovak Finance Ministry also has a floor there. (Source: SME)
Font size:A-|A+

In mid-May, people from the world's IT community noticed that the most commonly mentioned initial coin offering (ICO) project for cryptocurrency mining on Twitter is the unknown Slovak company Kelta.

Crypto currencies are an electronic virtual substitute for regular money. Many of them are based on the principle of virtual gold, which initially must be mined and then used as payment. The best known crypto currency is Bitcoin.

The desired crypto currency is generally mined by downloading software that connects with that crypto currency’s network and makes demanding computing operations that require powerful PCs and graphics cards.

This process consumes a lot of energy for operation and cooling. It means that the mining of this virtual gold also costs money in the real world. Mining a significant amount of certain crypto currency at home in the living room is too demanding so people created halls full of computers for mining around the world.

Kelta offers people the possibility of buying computer power for dollars. However, the company has no computing power, since it has not purchased computers yet. So it is asking money from people and promising them that their investments will return as soon as the project starts running.

An anonymous YouTuber using the nickname SkrillaKing, who tracks crypto currencies on the Internet, gave the company a closer look. He points out that there have been several such projects in the world, some of which have later turned out to be scams and people lost their invested money. He considers this project to be risky but it is not a scam, according to him.

“Their team is fine. This guy, he founded Kelta, he is an advisor. Basically he is a rich guy,” says SkrillaKing while pointing a mouse cursor on the face of Slovak financier Igor Rattaj.

Rattaj is a former partner of the J&T financial group and owns the largest share of the Tatra Mounted Resorts ski slopes. Kelta describes him as a "consultant" on the website but Rattaj denies such a description.

He told The Slovak Spectator that he only owns the building in which the Kelta project is running.

“I have nothing to do with Kelta,” Rattaj said. “ I rented them out some space in the data center under standard conditions.”

Another well-known Slovak businessman will appear as soon Kelta’s PR video starts. George Mac, the English version of the name Juraj Mác, presents himself as the head of the project. Mác is known for being prosecuted for obstruction of justice, scams and the non-payment of taxes.