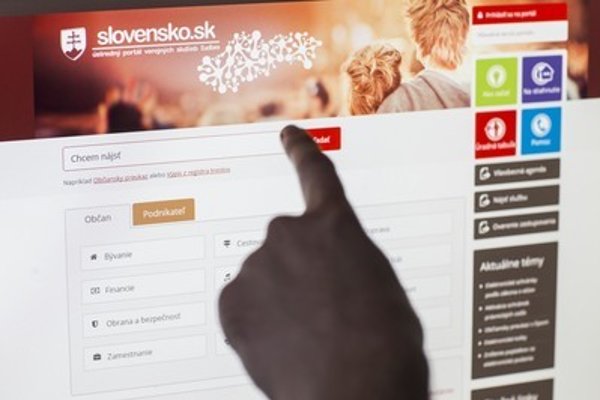 The Slovak online space has been facing massive distributed denial of service (DDoS) attacks by hackers from all over the world in recent days, the National Network and Electronic Services Agency (NASES) reported on June 12. Besides other Slovak websites, the hackers have attacked the Slovak Hydro-meteorological Institute (SHMÚ) website – part of the Govnet cabinet network – as well as the slovensko.sk state public administration website, which are operated by NASES.

“DDOS attacks are a daily issue for internet providers,” NASES CEO Lukáš Sojka said, as quoted by the TASR newswire. “However, these attacks have so far appeared only at a low intensity and very sporadically in the systems operated by NASES, while massive attacks started only last Friday.”

On June 11, between 22:23 and 22:35, there was a DDOS attack that was roughly 30 times more massive than last week’s, Sojka ntoed, adding that one of its targets was Slovensko.sk, which at that time was unable to provide services to people. The attacks were conducted mainly from France, China and the United Kingdom, he noted.

NASES employees responded to the attack with various measures, including through the interim blocking of access to the slovensko.sk website for users abroad, since the attacks were coming from there. Other steps included blocking the attacking IP addresses as well as geo-location, i.e. blocking entire countries or continents, NASES informed.

Unfortunately, DDOS attacks are relatively common, since the buyer can easily purchase them on the black market, Zuzana Hošalová, spokesperson of the security software company Eset, told TASR. She added that protection against such attacks is very demanding both for the websites and their operators.

“Especially if the website is chosen by someone who has enough financial resources to carry out a strong attack,” she said, as cited by TASR.

A DDoS attack is an attempt to make an online service unavailable by overwhelming it with traffic from multiple sources.

“The chances are high that attacks will continue,” Sojka said, adding that an effective solution is to operate a non-stop adequate anti-DDoS solution and monitor the ongoing processes.

Possible prevention and counter-measures include, according to NASES, passive monitoring, boosting the hardware infrastructure, blocking the attacking IP addresses, geo-location, and the use of special hardware.