Slovak women scientists prove that science is not just for men

I grew up with the conviction that science belongs to men, said one awarded Slovak scientist. 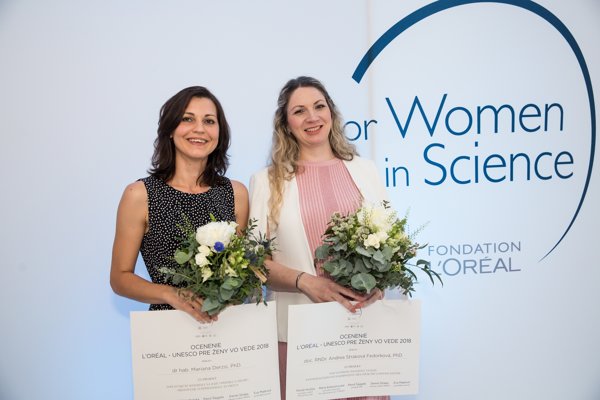 How to develop new generations of batteries that are safer, cheaper and do not consist of heavy metals? How to design high-temperature superconductors with the help of computers? The Slovak women scientists who were awarded by L’Oréal-UNESCO For Women in Science initiative knew the answers to these questions.

“The world needs science, science needs women,” is the motto of the initiative that began 19 years ago. Its aim is to support and recognize accomplished women researchers, to encourage more young women to enter the profession and to assist them once their careers are in progress.

Women account for only 28 percent of the world’s researchers and only 3 percent of Nobel prizes are given to women, according to UNESCO Science Report from 2015.

Andrea Straková Fedorková is a scientist currently working at the Department of Physical Chemistry at the University of Pavol Jozef Šafárik in Košice.

“Science was not always my aim but I liked Physics, Chemistry and Mathematics as a student,” said Straková Fedorková.

Being a scientist is a job that is very flexible and it develops the personality in all directions, she said, mentioning collective work and individual work, travelling and cooperation with inspiring people.

“It is not a monotonous job, there are often new challenges,” she opined.

A new type of batteries

The aim of her research is to develop lithium-sulphur batteries, which should be used in energetically demanding applications, such as electric cars, robots or the stationary storage of energy from renewable sources.

“These batteries do not consist of any heavy metals like the majority of lithium-ion batteries used today,” explains Andrea Straková Fedorková.