Zejmarská gorge is a popular sight in the south part of Slovak paradise. 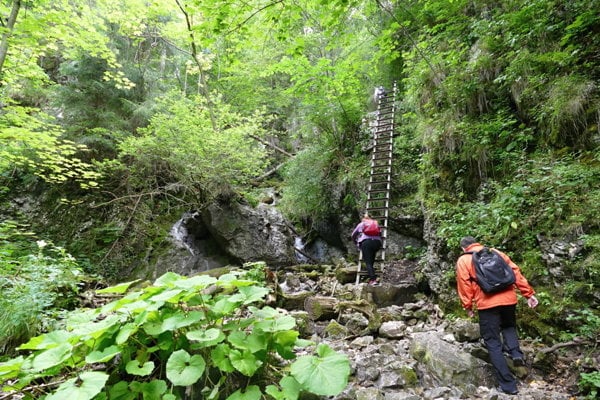 Zejmarská gorge is the only classically accessible gorge that flows into Hnilec river in the south of Slovenský raj (Slovak Paradise).

Water from the gorge pools at the surface of the southeast edge of the Geravy area in shape of so-called Zejmarská well at an altitude of 1,000 metres. 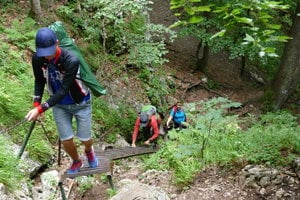 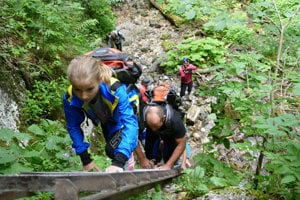 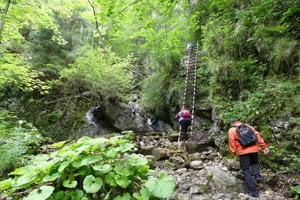 Waterfalls in the Zejmarská gorge have created a large, deeply carved, curved cascade. It was named after Captain Ján Nálepka, a hero from World War II.

The blue marked trail leads tourists to Zejmarská gorge from the village of Mlynky, which is part of Biela voda. Within a few metres, hikers reach the Waterfall of Captain Nálepka. The hike lasts about an hour and a half.