The US Embassy will hit the road

In which towns will the embassy caravan stop? 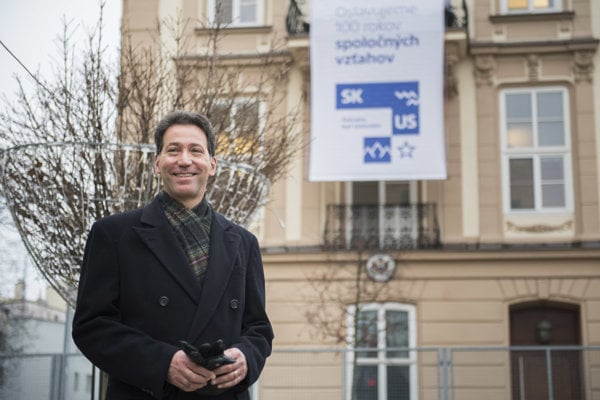 Barbecuing, playing classic movies and talking to the people. This is how the US Embassy in Slovakia plans to spend slightly more than two weeks in August to promote the mutual friendship and relationship between the US and Slovakia and the important historical milestones they share this year.

US diplomats and embassy employees will visit a total of 26 towns and villages during 17 days as part of the unique caravan roadshow.

“Me and my colleagues are really looking forward to the regions because we would like to know what people are doing for their living, what worries them and where they see solutions,” said US Ambassador to Slovakia Adam Sterling, as quoted in the press release.

When will the caravan come to your town?

See the route and the dates here.

The roadshow will kick off in Brezová pod Bradlom on August 13 and end in Banská Bystrica on August 29, when the country celebrates SNP Day. The route partially copies the Path of the Heroes of the Slovak National Uprising.

The US Embassy tried to pick smaller towns and villages that US diplomats probably haven't visited before, said the embassy’s spokesperson Griffin Rozell.

The main idea is to tell people the story of friendship between the two countries, which started 100 years ago by signing the Pittsburgh Agreement, and to remind people of the fact that Slovakia belongs to the western and transatlantic community and democracies, Rozell explained.

“This is an important story to tell,” he added.

As part of the programme, the inhabitants of the visited towns and villages will be able to visit the exhibition documenting the mutual relations, enter a competition and learn more about the programmes the US Embassy administers in Slovakia, like Work and Travel. During the evenings, the embassy will screen films featuring Hollywood stars with Slovak roots, as well as documentaries about Michael Strank, a man who raised the flag at Iwo Jima island, and Free to Rock. 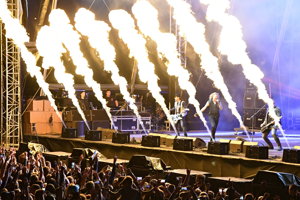 The embassy will also screen interviews with successful Slovaks whose lives have been affected by travelling to the US.

The embassy employees also plan to learn more about the opinions of people living in the regions and their opinion on America.

Rozell is not worried that people will not be interested in coming, despite the ongoing holiday season.

“The summer is a good time to do it,” he told The Slovak Spectator. “It’s a good time for us to get out of the embassy and see the rest of this beautiful country.”

(Source: Courtesy of the US Embassy in Slovakia)