Mikita: A migrant child who became an ice-hockey star

The legendary ice-hockey player passed away on August 7 at the age of 78. 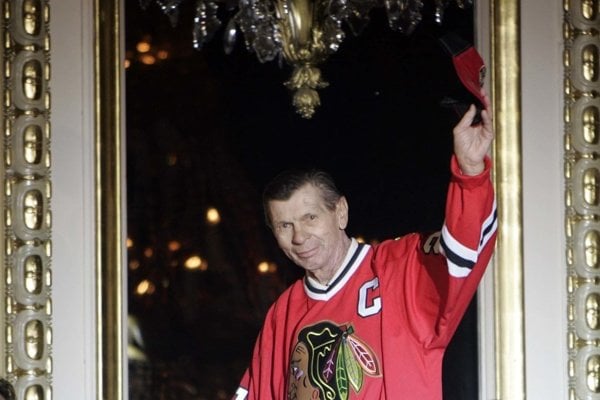 "If you offered my story to a film director he would probably laugh at you," Stan Mikita wrote in his autobiography, Forever a Blackhawk. He continued, "If I did not leave Czechoslovakia in my childhood, maybe I would have become a soldier, joined the communist party or probably would have been sent to Siberia, with my nature."

The legendary ice-hockey player left this world on the evening of Tuesday, August 7, aged 78.

Stan Mikita was the first Europe born ice-hockey player who surpassed the 1,000 points level in the NHL. However, Mikita's passion for hockey began in Canada.

Born in 1940, young Stanko Gvoth grew up in the small village of Sokolče in the Liptov area in northern Slovakia. In 1975, Sokolče was flooded by the man-made dam Liptovská Mara. While in Sokolče, Mikita showed almost no interest in hockey.

"My attention was only drawn to the skates of my older brother Juraj," he wrote, adding that one day, when his brother wasn't around, he tried them on. He fell on his back at least three times, and then secretly returned the skates back to the original place.

He had bad luck, as he walked on stones with them, and his brother noticed blunt blades. "He asked whether I had borrowed them, and I said no. But brother threatened that if I lied, I would get beaten. So I confessed that I used them for 20 minutes, and then I forgot about skates and hockey for a long time," Mikita recalls in his autobiography.

From Sokolče to St. Catharines

Several months after this incident, the eight-year-old boy from Liptov travelled on the ship named Carinthia to Canada. His uncle Joe Mikita and his wife Anna, who left Czechoslovakia and settled down in the Canadian town of St. Catharines before World War II, invited Mikita to stay with them.

Joe and Anna had no children of their own. When Joe’s sister Emília bore a son Juraj in Sokolče, they sent a letter to Slovakia congratulating her, proposing that if another child was born to the family, they could adopt them and take them to Canada.

Thus, the fate of young Stanko Gvoth was sealed.

In the window of the house on Hamilton Street 57, he first cautiously watched children in the street chasing a small ball with hockey sticks. 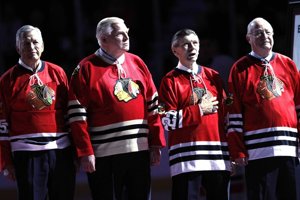 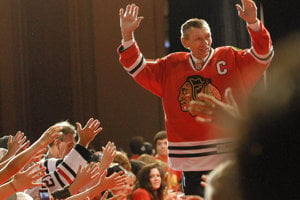 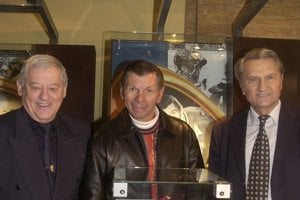 Later, he plucked up the courage and even though he spoke no English at first, gradually became part of the boys’ group. At the initiative of his friend Archie Maybe, he joined the school ice-hockey team, and his foster father Joe bought him his first true pair of skates.

They were worn-out, much bigger than needed, and lasted for three years, Mikita recalls. He adds he does not know how much his foster father paid for the skates, but probably not too much.

What follows is a well-known story. In October 1958, the phone rang during dinner at the Mikita’s. The voice on the phone belonged to the coach of the St. Catharines Teepees junior team, Harry Watson.

Stan was told to pack and take the midnight train to Chicago where he would play the next evening.

Stan Mikita entered the NHL directly from the junior team of St. Catharines. He made his debut against the Montreal Canadiens. “Until then, I only saw one NHL match live – in Toronto,“ he recalled after many years.

When he didn’t get killed, he redeemed himself

In 1960s, Mikita progressed to one of the best centre-forwards in the NHL. In his second season in the professional league, he won the Stanley Cup with the Chicago Blackhawks. With right-wing Ken Wharram and left-wings Abe McDonald and Doug Mohns, he formed a feared offensive called the "Scooter Line".

Member of the Slovak Ice-hockey Hall of Fame (since 2002).

Duo Stan Mikita and Bobby Hull was the most effective offensive duo during one decade.

While in the beginning of his career, the hot-headed and impulsive Mikita belonged among the most frequently penalised players, after some time he completely changed. In the 1964/1965 season, he spent a total of 154 minutes in the penalty box. Next season, it was a mere 58 minutes, and only 12 a year later.

He ascribed his transformation to his daughter, Megan, who at age four allegedly asked him at home: “Daddy, when they broadcast your match on the telly, how come you're always sitting while the others play hockey?”

But Mikita himself had another explanation for that: “I was rather among more slender players,” he said. “When I asked my teammate Lindsay, who was even shorter than me, how he managed to survive 16 seasons, he told me that if I want to survive, I had to hit first. And so I was generous with hits in the first five years. After I survived five seasons and was not killed, I redeemed myself."

Mikita was a pioneer in developing hockey equipment. He was one of the first NHL players to start regularly wearing a helmet. He was made to do so after a shot tore a part of his ear away (it was stitched back) during a match. The Liptov native is also considered the inventor of the bent blade of the hockey stick.