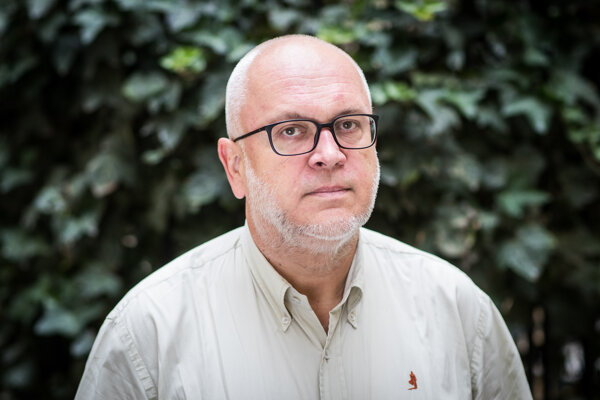 Viliam Klimáček wrote a novel, Hot Summer of 68, based on dozens of interviews he conducted with people who emigrated from Slovakia following the Warsaw Pact invasion. A new version of the story will be presented on stage to mark the 50th anniversary of the event in Bratislava.

When the tanks arrived to Czechoslovakia, you were only ten years old; but you experienced the first part of your professional life in the era of so-called “normalisation”. Have you ever considered emigrating?

Viliam Klimáček (VK): No. There were a few reasons, but mostly because of my brother who left for western Germany in 1983. He was a musician and found it very hard there. Ultimately, he committed suicide. Only my mum was allowed to attend his funeral, I had to stay at home with my father – the communists probably feared all of us could flee Czechoslovakia. From then, my relation to the communist regime was very, very cold. But I think that every Slovak family has some link to emigration. People used to leave abroad for work a hundred years ago just as they do today.

In Hot Summer 68, one of the characters grows grey hair overnight in which she and her husband must decide whether to send their daughter to Vienna with just a small suitcase. When a young student, another character in the book, learns that occupation armies have invaded Czechoslovakia, she sits on the ground and starts eating mud. Are these stories authentic?