Most people understood the prank and turned the discussion into a joke. 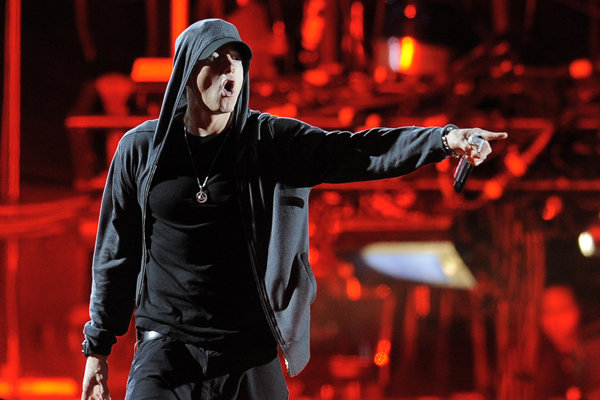 A concert by US rapper Eminem in Prešov? An invitation to this event has recently been created on Facebook, claiming that he will perform in the local hall in March 2019 as part of his Kamikaze Tour. Even though it was obviously a fake event, some people believed it and even wanted to buy tickets.

“I created the event out of curiosity,” the admin of the Priznania Prešovčanov website, the organiser of the fake concert, told the Fičí.sme.sk website, adding that he wanted to find out where the limits for this “obviously improbable event” are. “The answer is: far out there.”

I cannot come. Beyoncé is performing in Kysak

While most people understood the prank, some naïve people believed that Eminem would actually hold a concert in Prešov. However, the veracity of the information could be easily checked on the internet.

Those revealing that the concert is in fact fictional turned the discussion under the event into a joke. For example, they wrote in the comments that they could not participate because at the same time, Beyoncé has in concert in Kysak, a village Košice. Another joker claimed that he originally wanted to go to 50 Cent in Raslavice (close to Bardejov), but would rather see Eminem.

Others were, for example, asking about other potential localities for concerts, like Horné Lefentovce (Nitra Region) or proposing bands for the opening act, mentioning rapper Machine Gun Kelly (also known as MGK), rapper Tyler, The Creator, rapper Drake, or the Slovak singer and businessman Martin Jakubec, who is often a target of internet jokes in Slovakia.

There is a serious side to this however; “Since people don’t check the information and believe everything they see on Facebook, extremists in Slovakia have a lot of support,” the admin added for Fičí.sme.sk.

The most depressing experience though was when the owner of a local promotional company wrote informing the admin that they would have higher profit from the sale of tickets if they sold them via his firm rather than Ticketportal, Fičí.sme.sk reported.

The phenomenon of fake events

Fake events created on Facebook are nothing new. They started appearing en masse in 2016, when people were inviting other users to a concert with egg cutters, a meeting of potato peeler lovers and an international exhibition of raptors armed with laser rocket launchers.

Some fake events were also created after the steep increase in the price of butter and last year’s Czech presidential campaign, Fičí.sme.sk wrote.