He survived the Paris attacks: Slovakia healed me, he says

I stepped back into life and learned to live again here. I don’t think I could have done it in Paris, says Thomas Tran Dinh. 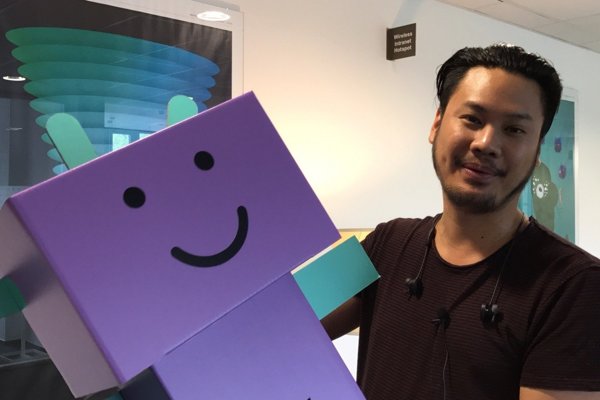 When the sounds of the first shots were fired in Paris’ Bataclan theatre on November 13, 2015 Thomas Tran Dinh was enjoying his favourite song by the Eagles of Death Metal in the first row.

Death came very close to him that night: just a few centimeters, a few minutes away. He was lying on the floor along with the scared and wounded people around him. He took his chance when the attackers made their way upstairs. He fled the place just before they could start shooting people from above.

Tran Dinh survived, but that night did change his life: it turned him into a terrorist attack survivor. Suddenly, he needed to deal with emotions he never had to consider before. In the first few months after Bataclan, Tran Dinh took time off from work, travelled to different places to visit his family scattered around the globe. But what he really was searching for was a chance to be alone in this “introvert phase”, as he calls it.

“With my friend, we decided to write songs that were our catharsis, about healing,” says Tran Dinh about the time after he returned to Paris. In one of their songs, he tells his friend: “I’m sorry, I need to leave and rebuild myself.”

The offer of a work assignment in Slovakia came as a welcome opportunity. At that point, he asked his company to let him work abroad, and his boss picked a team at the Bratislava-based IBM Digital Sales Centre for him.

“He told me, that team in Bratislava needs you, and I know you need them too, because they are really good people and they will help you heal,” Tran Dinh recalls. “And I thought, Slovakia, why not?”