His work makes British classical culture more visible, most notably through his translations of Shakespeare, the British ambassador said. 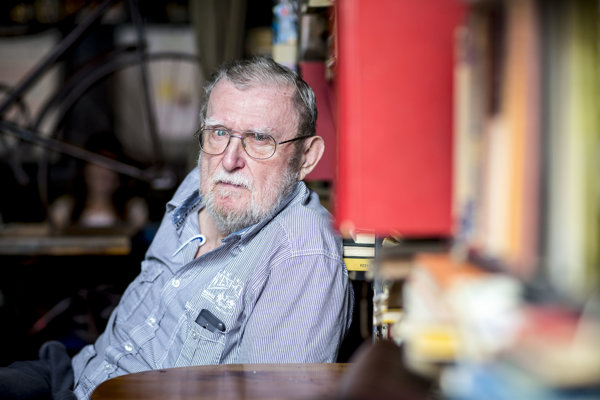 Poet, dramatist and translator Ľubomír Feldek will receive an award from the British Ambassador to Slovakia, Andrew Garth, on September 20.

Feldek has translated 16 works of the English poet and playwright William Shakespeare.

“Mr Feldek contributed to making the best of our classical culture more visible and spreading it in Slovakia,” Garth said, as quoted in a press release. “His translations of Shakespeare enrich theatres’ repertoires and amuse all generations of Slovaks.”

The Ambassador’s Award will be granted on the occasion of the 25th anniversary of establishing diplomatic relations between the United Kingdom and Slovakia.

Garth has so far awarded two figures who have contributed to these relations and represent a strong bond between the two countries.

The first was Doctor Monika Gullerová, who is working at the University of Oxford as an expert whose DNA research helps the treatment of cancer patients.

The second award was granted to Major General Ivan Schwarz in memoriam, who served as Royal Air Force pilot during World War II and was one of the most successful Czechoslovak pilots.