In a wide-sweeping operation, police found a fertile plot with 68 marijuana plants. 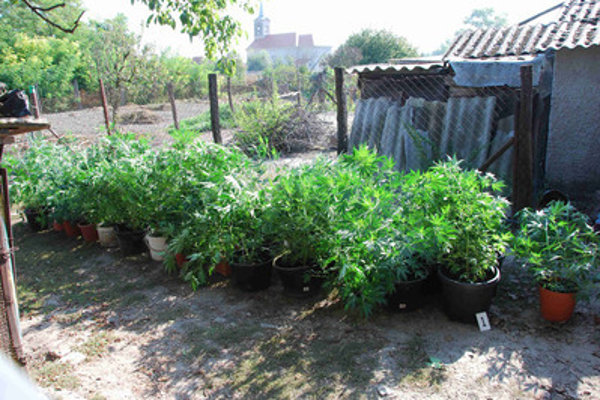 The National Anti-drug Unit of the National Crime Agency (NAKA) detained eight people and seized a marijuana plot during an anti-drug raid in the southern districts of Dunajská Streda and Galanta (both in Trnava Region) last week, Police Corps Presidium spokesman Michal Slivka informed on September 26.

The police searched 26 houses, garages, cars and gardens and found a plot of land on which 68 marijuana plants were growing, the TASR newswire wrote. They also seized more than three kilograms of processed marijuana that would have cost between €33,000-49,000 on the black market. In addition, more than 100 grams of methamphetamine worth around €5,500 were confiscated.

An investigator pressed charges concerning drug-related crimes against seven of the eight arrested people. The accused men were remanded in custody and if found guilty could face between 10-15 years in jail.

During the raid the police focused on an organised group that has committed drugs-related crimes in Hungary as well, TASR added.