The police operation ended after more than 12 hours. The suspects were reportedly detained thanks to an American satellite.

The police operation in Kolárovo (Nitra Region), during which eight people suspected in the murder of investigative journalist Ján Kuciak and his fiancée, Martina Kušnírová, ended after more than 12 hours.

It started in the early morning hours, with police officers from the National Criminal Agency (NAKA) gathering in the town shortly after 04:00. Locals say that the intervention started at 04:27, the Sme daily reported.

The media reports suggest that the police detained eight people.

Read also: This is a test of how the state works Read more

Roman Kvasnica, lawyer for Kušnírová’s mother Zlatica, did not want to comment on the police’s actions, Sme wrote.

“I’m in shock, I have no further information,” said Zlatica Kušnírová, as quoted by Sme. “I know it won’t bring our children back to life, but I wish for justice to be served. I hope the police will detain not only the executioners but the ordering parties as well.”

In the meantime, several world media outlets reported on the arrests, including the New York Times and the Euronews website.

One of the detained is Tomáš S. from Kolárovo, who used to work as a police investigator in Komárno and later for a private security service. According to Sme, he underwent a training course at the European Security Academy, a private company in Poland which offers military training. It takes 10 days and costs €2,200, Sme wrote.

The locals told Sme that neither Tomáš S. nor his parents have a bad reputation.

Besides Tomáš S., the police searched the house of Miroslav M., his cousin and former soldier, Sme wrote.

Read also: We need to know who ordered the murder Read more

The police gave out information about the operation on their official Facebook site at 06:30, and later added pictures. They refused to provide more detailed information.

The police operation in Kolárovo, where the whole street was closed, took more than 12 hours. At around 13:15 two police officers with a dog entered the house where Tomáš S. lived. They put him into a white truck parked in front of the house after 16:00. He later waited for about two hours in the car.

The police left the place shortly before 18:00, Sme wrote.

The Czech magazine Respekt wrote on its website that the alleged murderer and his accomplices were also reportedly caught thanks to images from an American satellite. It captured a suspect close to the crime scene at the time of the murders. The analysis of the movement of people and cars allegedly helped track the suspects, Respekt reported.

The police have heard about 200 testimonies from witnesses, have carried out dozens of expert opinions and many other substantiations concerning the case, said Interior Minister Denisa Saková (Smer). 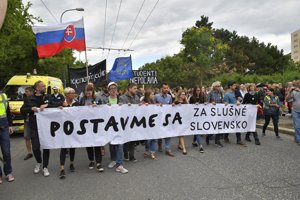 Read also: For a Decent Slovakia protests to resume on Friday Read more

“Although I don’t have any specific information about the investigation, I appreciate the significant progress in the case,” Saková added, thanking police officers, witnesses and other people for contributing to solving the murders.

She stressed that a proper investigation of the case has been among her priorities.

“Though I’m glad about the progress in the investigation, there is still a long way to go before we reach a valid verdict,” the minister continues. “I’m ready to continue creating all the conditions necessary for the investigation team to do their job properly.” 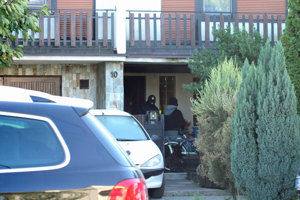 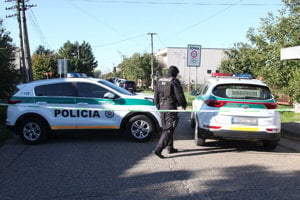 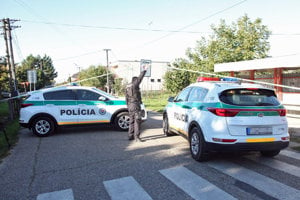 Who are Kuciak and Kušnírová?

Kuciak was an investigative journalist working for the Aktuality.sk website, dealing mostly with stories concerning tax fraud. He and Kušnírová were killed on February 21 in their house in Veľká Mača (Trnava Region).

Then-police president Tibor Gašpar said that the motive of the murders could have been Kuciak’s work, which was also confirmed by the prosecutor in September 2018, Sme reported. 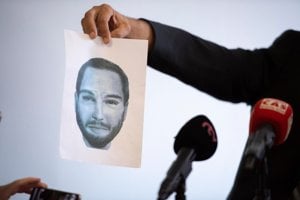 The protests, organised after the murders, led to the resignation of then-interior minister Robert Kaliňák and later ex-PM Robert Fico (both Smer). Fico’s government was replaced by the current one led by Peter Pellegrini.

The police and the prosecutor’s office did not offer much information about the investigation. In mid-September, they published an identikit of a person who it was thought might know more about the murders.