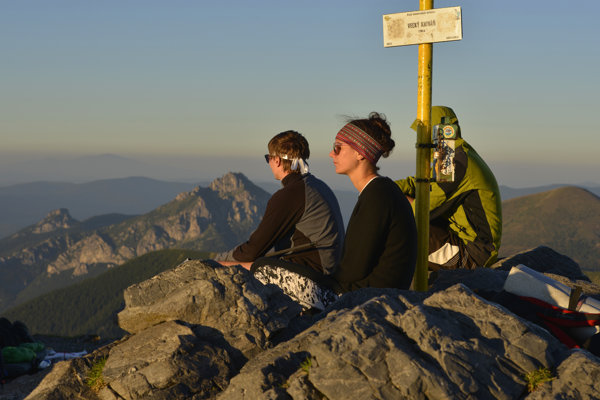 Many tourists prefer to be safe back in a town or village after a hike when the sun is already setting down. However, if you ever wondered what it is to enjoy a view from the mountain peaks, check these photos from Veľký Kriváň.

There are several peaks in Slovakia called Kriváň, referring to its curved shape. Probably the most popular is in the High Tatras, often called “Tatranský” Kriváň. The other two peaks with the name Kriváň can be found in the Malá Fatra mountain range – Malý and Veľký Kriváň (Small and Big Kriváň).

Veľký Kriváň (1,708 metres above sea level) is the highest peak of Malá Fatra. The peak offers a 360-degree view. It is accessible from Vrátna village; however, the hike is steep and hard. For those who do not feel like hiking the worse part, there is a cable car going from the village of Vrátna to Snilovské sedlo from where it is possible to reach the top in about an hour. 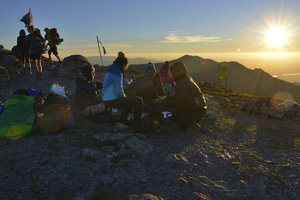 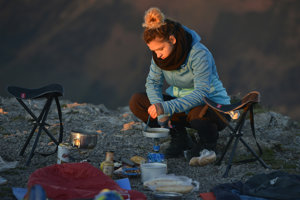 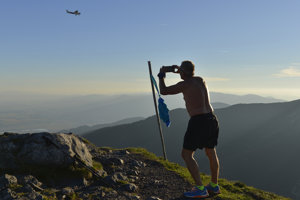