He is running at the head of the “Plan B” civic platform slate. 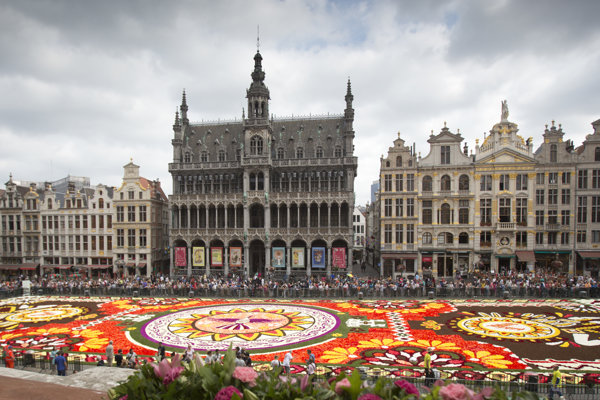 Radoslav Šoth, 30, is the first Slovak who has the chance to become a member of the city council in Brussels in the municipal elections slated to be held on October 14. The young Slovak uses legislation that allows foreigners living in Belgium long-term to engage in political life. At the head of the “Plan B” civic platform slate, he wants to influence the policy formation of the EU’s capital with an aim to make politicians listen more to the street, the TASR newswire reported.

Šoth studied history at the Sorbonne in Paris, and later focused on European constitutional law through study programmes at the universities in Barcelona, Milan, Szczecin and Montpellier. He speaks eight languages and currently works as an assistant to a French MEP. He has lived in Brussels for six years and has always been interested in the happenings at a local political level.

“I feel that much more can be done at a lower level,” said Šoth, as cited by the TASR newswire. “I like Brussels, but many people criticise that it doesn’t work here, they point to corruption and scandals. I don’t want to be another person who only complains, I want to contribute to improving the conditions of citizens and foreigners living in Brussels.”

Šoth explained that the name of the platform is a pun - Plan B as an alternative to the existing municipal policy, and also B for Brussels.

The civic platform managed to register for the election contest in September. Since it is not a standard political party with a hierarchical structure, members of the multi-ethnic platform democratically decided to draw lots, and it determined that from among 49 names the Slovak was the leader.

“Maybe I’m the first and only Slovak to get to the head of an election slate in all of Brussels,” he said. “And maybe in all of Belgium.”

Šoth is running in the Old Town constituency, which has about 90,000 voters. It is a large part of the city, which also includes the European district with the EU institutions where many foreigners also live.

Thank you for singing up. Shortly an email will be sent to the address you provided to verify your e-mail.
Error! Please try to register again later, your e-mail was not registered.
Your email is not in a correct format.
Please confirm you are not a robot.
Share on Facebook (295)Comments disabled