From November on, low-cost airline also flying from Bratislava is changing its conditions. 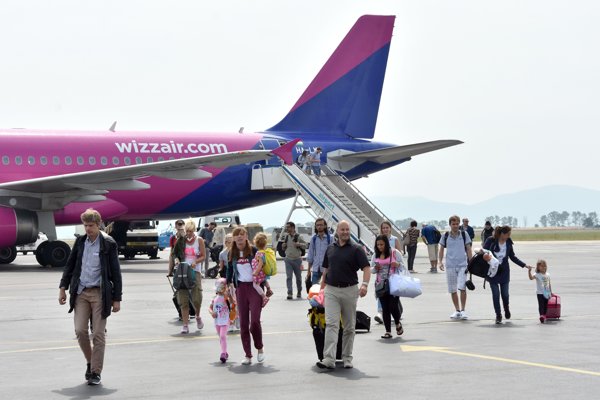 The company has regular flights from M. R. Štefánik airport in Bratislava (BTS) to five destinations - London, Skopje (Macedonia), the Bulgarian capital of Sofia and two Ukrainian cities, Kiev and Lvov; and to London and Cologne/Bonn from Košice.

“In the future, passengers will only be able to take one smaller piece of hand luggage onboard for free,” Bratislava airport spokesperson Veronika Ševčíková told TASR, adding that the size allowed is 40 to 30 to 20 centimetres. If they wish to take a bigger bag – 55 to 40 to 23 centimetres – they would have to buy priority boarding.

Until the end of October, Wizz Air will be transporting one piece of bigger luggage for free, like a suitcase or a bag 55 to 40 to 23 centimetres, according to Ševčíková.

Wizz Air recommends passengers to pack space-wise and economically, or to buy priority boarding, which includes the transport of one piece of smaller hand luggage and one piece of bigger luggage allowed to be taken onboard as well.

The company states – as quoted by TASR – that with this step, it aims at speeding up the boarding and unifying the transport conditions for luggage.