Prepare for the traffic limitations. 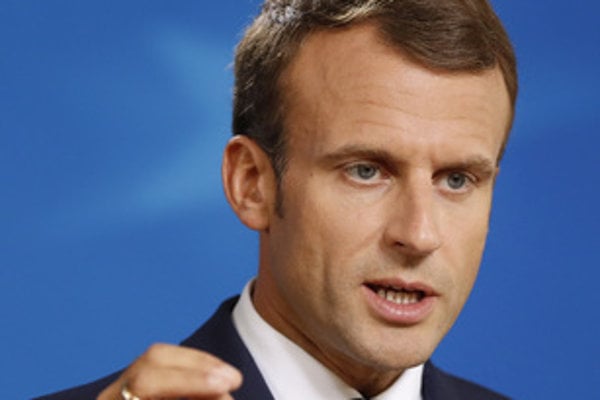 French President Emmanuel Macron will pay a working visit to Slovakia on Friday, October 26, the TASR newswire wrote. The head of state will meet Slovak President Andrej Kiska at the Presidential Palace as well as Prime Minister Peter Pellegrini (Smer).

After these two meetings, Macron is slated to take part in a public discussion with people on Forging the Future of Europe, TASR learnt from the GLOBSEC, a security think-tank.

The event is part of a series of President Macron’s meetings with people in EU capital cities.

What the discussion is about

In the presence of Pellegrini, Macron is expected to outline his vision for the EU’s future and reform, and spend most of the event discussing these issues with predominantly young people. The aim of the event is to brief the French President about views held by Slovak people on developments in Europe.

“Such an initiative coming directly from the French President is not only one-of-a-kind in Europe but signifies that one of the strongest states within the EU is interested in hearing the views of citizens from smaller countries,” GLOBSEC president Robert Vass told TASR. “President Macron is thus bringing the option of constructive debate to Slovak youth and the Slovak Republic is the only country of the Visegrad Group (the Czech Republic, Hungary, Poland, Slovakia) to enjoy the opportunity to debate and form the future of the EU.”

Anniversaries to be commemorated

The speech by the French President and subsequent discussion will be held at 16:00 at the Primate’s Palace in Bratislava, a venue where the Peace of Pressburg was signed more than 200 years ago between French Emperor Napoleon Bonaparte and Holy Roman Emperor Francis II.

Macron’s arrival two days before the celebrations of the 100th anniversary of Czechoslovakia being established only intensifies the symbolism of his visit’s importance, Vass opined as quoted by the newswire.

GLOBSEC is co-organising the event with the support of #MYSMEEU initiative, along with the Foreign Ministry, French Embassy to Slovakia and the city of Bratislava.

Traffic limitations on Friday, connected with the appointments of Emmanuel Macron and his transfers are expected to be like those during the Bratislava summit, Bratislava police spokesman Michal Szeiff told the SITA newswire. From 11:00 (until around 11:30), there will be limitations during the driving of Macron’s delegation from Bratislava airport. The D1 highway ring-road will be closed from Zlaté Piesky to SNP Bridge, but the restrictions will also affect Einsteinova, Staromestská Streets and Hodžovo Square.

Approximately between 12:15 and 12:45, Hodžovo Square and Palisády will be closed in both directions up to Bratislava Castle.