Automotive industry gets a boost but also faces challenges

The biggest challenges the automotive industry in Slovakia faces are the ability to remain competitive, the availability of a quality labour force and regulations. 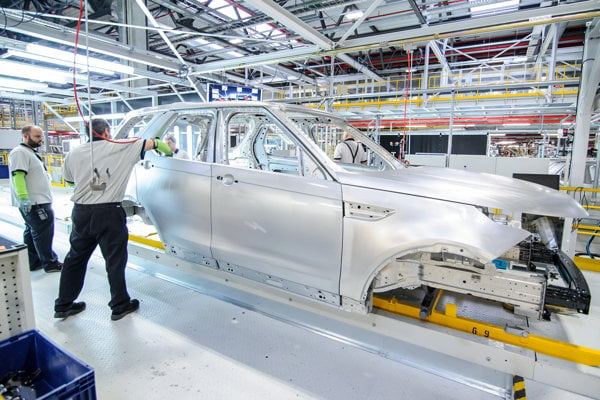 The automotive industry is the main pillar of the Slovak economy and was further boosted by a fourth carmaker. The British-Indian Jaguar Land Rover launched production in its Nitra plant in October, increasing the global presence of Slovakia in car production.

After production in Nitra reaches full capacity, Slovakia will produce about 1.5 percent of the total production of passenger cars in the world.

“Even though Slovakia is now home to four cutting-edge car production facilities, it should not rest on its laurels but prepare for robust changes,” Martin Jesný, industrial analyst at the Revue Priemyslu magazine told The Slovak Spectator. He added that car production will dramatically change as mobility will be redefined in the upcoming years.

“If the Slovak automotive industry adapts successfully, it will not only remain competitive globally but also continue to be the pillar of the Slovak economy.”

Luxury SUVs rolling off in Nitra

Jaguar Land Rover (JLR) officially opened its new production plant in Nitra on October 25, after two years of construction. The first UK carmaker in Slovakia started production with 1,500 employees and one shift. Its plan is to recruit a further 850 employees that the company will need for a second shift. The two-shift operation will become a reality by the end of 2019. The carmaker plans to hire 2,800 staff in total, producing 150,000 cars annually.

The Nitra facility was the latest part of the JLR’s global expansion plan; the decision to build in Slovakia was made before the June 2016 Brexit referendum. As with its existing manufacturing facilities located in the UK, China, Brazil, India and Austria, the high-tech plant in Slovakia complemented and supported JLR’s corporate, R&D and engineering functions headquartered in the UK.

The first model produced at the factory is the luxury SUV Land Rover Discovery, 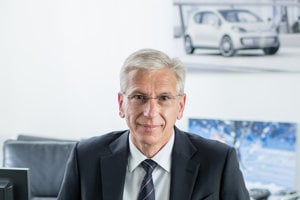 which will, after its production in Great Britain ceases in a few months time, be made exclusively in Nitra. The plant could accommodate a second model, though operations director at the Nitra facility Alexander Wortberg said no decision on a second model had yet been made.

The launch of regular production in Nitra will have a positive impact on Slovakia’s economy. Analysts of the Finance Ministry’s think tank, the Financial Policy Institute (IFP), assume an acceleration in its growth in the coming years partly thanks to the new carmaker, estimating 4.5 percent for 2019.

President of the Slovak Automotive Industry Association (ZAP) Alexander Matušek perceives the arrival of the fourth carmaker in Slovakia as strengthening Slovakia’s focus on industrial production.

“The new investor is bringing in new technologies, systems and ways of cooperation,” said Matušek, adding that apart from bringing in JLR’s traditional suppliers, the fourth carmaker is an opportunity for existing suppliers, too. The existing network of suppliers and experiences in aluminium components were ones of the main reasons why JLR choose Slovakia for its latest facility.

Jesný pointed out the development in production technologies the new facility is bringing in.

“Because the Nitra plant is bigger than JLR’s other production facilities, the carmaker is designing a brand new production model, i.e. the way cars are manufactured, the processes to be implemented in its factories,” Jesný told The Slovak Spectator, adding that such a large production capacity in the premium segment requiring high quality is not so common.

JLR is preparing for the extensive modernisation of its existing production facilities and simultaneously building new facilities, meaning that the production model from the Nitra plant will be used as a basis for all other JLR plants, added Jesný.

The analyst further stressed that Slovakia has not only obtained another finalisation plant but another facility producing a global product, and that after the production of Discovery SUVs cease in UK’s Solihull, Nitra will be its only exclusive producer.

Above the one million car threshold

In 2017, carmakers in Slovakia again exceeded the level of one million cars produced and Slovakia kept its position of the biggest car producer per capita in the world. The three carmakers in Slovakia – Kia Motors Slovakia, PSA Groupe Slovakia and Volkswagen Slovakia – produced 1,032,445 vehicles. This was a slight decrease from 2016 when they produced 1,043,237 cars. Carmakers ascribed the decline mostly to the launch of new models as well as less favourable situations in their export markets.