Mind the gaps in the pavements of the SNP Bridge

Bratislava’s bridge, built in the 1970s, needs an overhaul. 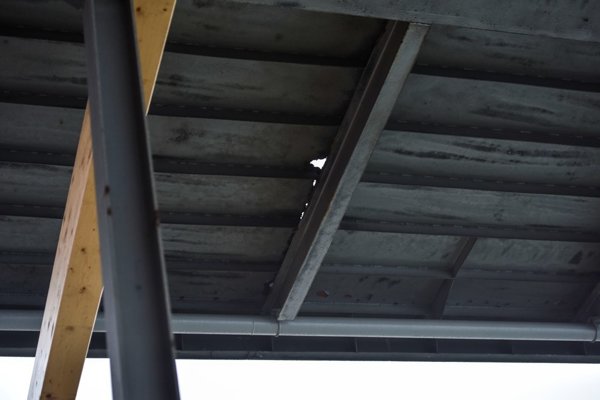 The holes in the pavement of the SNP Bridge. (Source: TASR)
Font size:A-|A+0

One of the most used bridges in Bratislava, the steel SNP Bridge, is in a need of repairs. The bridge deck was reconstructed last year but the pavements for pedestrians and cyclists are full of holes through which it is possible to see the Danube River beneath. Bratislava city council is aware of the situation and has been repairing one of the two pavements since September.

“Originally the city council planned to repair the two pavements over four months. It allocated €1.5 million for the work,” said Zuzana Onufer, spokesperson for Bratislava city council, as cited by the TASR newswire. “But after the asphalt covering was removed from the metal sheets beneath, experts found that they are so damaged by corrosion that it is not possible to mend them and that they must be replaced.” 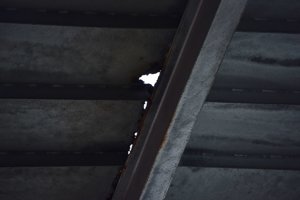 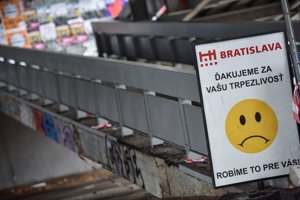 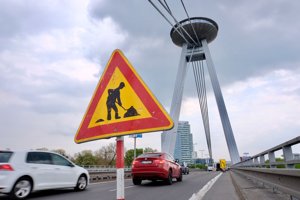 This will not only prolong the repair work but also increase the cost. Onufer has not specified what these new deadlines and costs will be.

The city has marked the holes in the pavement that has remained in operation and claims that walking on it is safe.

“The city council has commissioned an expert statement which concluded that there is corrosion damage on both pavements but it is not so extensive that it would endanger the safety of pedestrians and cyclists,” said Onufer, adding that the expert advised regular checks with the immediate repair of local defects if they occur and that the city is following this advice.

The SNP Bridge was put into operation in 1972. Except for last year’s replacement of the bridge deck it has not undergone any overhauls to date.

Transport expert Jozef Drahovský points out that while the city council has been concentrating on solving only some of the problems of the bridge, it has continued to deteriorate.

“In Bratislava, we have problems with planning the repairs of not only the bridges but also the roads,” Drahovský told the TA3 news channel. “We do not repair them on the fly from costs regularly allocated from the city’s budget, but only when they are in a catastrophic condition, or when elections are approaching or the city is expecting a significant visit.”