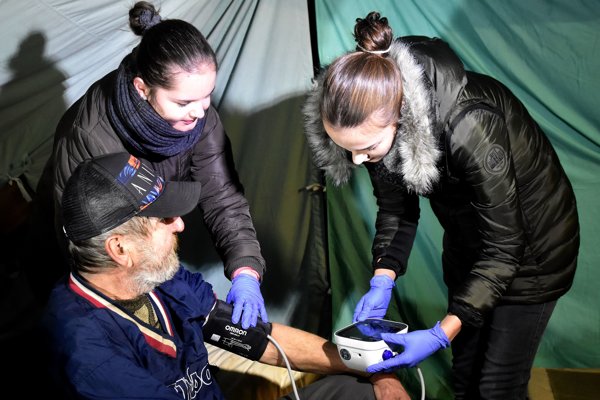 Non-governmental organisations vaccinated 55 people in Bratislava, who would otherwise have no access to vaccination, in late October.

Since the beginning of the year, they have provided further medical care to more than 150 homeless people.

“It’s the constitutional right of all citizens of Slovakia to have full health care,” the representatives of NGOs said, as quoted by the TASR newswire.

The vaccination was organised by the Equita civic association, in cooperation with the organisations Proti Prúdu (Against the Stream), Kresťania v Meste (Christians in the City), Vagus and Odyseus.

Vaccination can save lives

NGOs vaccinated the clients of the Odyseus civic association at the Pentagon housing estate in Bratislava’s Vrakuňa borough against hepatitis A and B, while they re-vaccinated people at Zátišie against hepatitis A. They also offered everybody a vaccination against flu.

“Every time we witness a high interest in health care and gratitude for our help,” said Lucia Roussier from Equita, which has been offering vaccination to homeless people for over a year, as quoted by TASR.

People from NGOs say that their experiences disprove many myths about homeless people, for example, that they do not care about their health or damage it deliberately. On the contrary, being healthy means that homeless people can survive cold weather, stress, hunger and social exclusion. 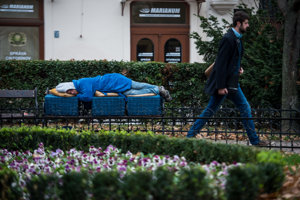 The interest in participating in events organised by NGOs is increasing, they agree. However, many homeless people have bad experiences with medical facilities, said Nikoleta Bedušová from Odyseus, as reported by TASR.

Nearly everybody who came was also vaccinated against flu.

“Common people consider the vaccination against flu useless,” said Ivan Vojtech, a group member of volunteer doctors who visit places where homeless people stay. “But it can save the lives of the homeless.”

Debts and an unprepared health-care system are among the main obstacles for homeless people to access health care, according to NGOs.

“It’s great that we manage to provide homeless people with health care via these activities,” said Nina Beňová from Proti Prúdu, as quoted by TASR. “But we need systemic changes that will enable full health care for all citizens of Slovakia.”

The law stipulates that everybody, including homeless people, is entitled to urgent medical care in situations that threaten one’s life, said Zuzana Eliášová, spokesperson for the Health Ministry.

“However, anybody who is not insured by the state needs to pay health insurance,” she added, as quoted by TASR.

In her opinion, the situation is often complicated by the fact that homeless people have no ID card or are not registered as people receiving social benefits. This is what social workers or organisations working with homeless people can help them with, she added.

The NGOs say that they have launched talks with the ministry about legislative changes that will enable full health care for everybody, as reported by TASR.