Will NAKA head lose his job?

NAKA head Peter Hraško made mistakes when investigating the organisers of the For a Decent Slovakia protests, an analysis revealed. 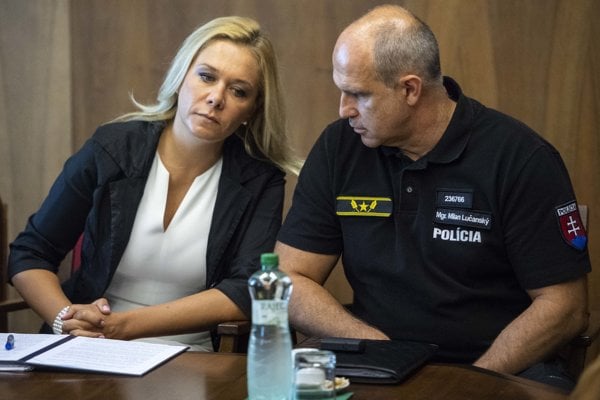 Police Corps President Milan Lučanský has initiated a disciplinary proceeding against Peter Hraško, head of the National Criminal Agency (NAKA), for misconduct in the investigation of an anonymous complaint filed against the For a Decent Slovakia initiative, the police announced on Facebook.

“Several mistakes in procedures, carried out after receiving the anonymous criminal complaint in relation to For a Decent Slovakia, were found according to the conclusions of the analysis,” Lučanský said, as quoted by the Sme daily.

He will take further steps once the disciplinary procedure is over. Interior Minister Denisa Saková (Smer) has supported Lučanský’s decision and will wait for the outcome.

“It is the police corps president’s duty, and I will wait for his decision,” Saková said, as quoted by Sme. 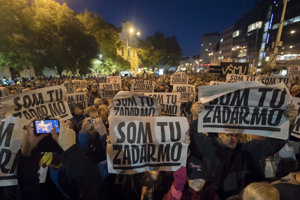 Lučanský admitted over a week ago that some misconduct could have occurred during the investigation of the For a Decent Slovakia initiative. After analysing the anonymous criminal complaint himself, Lučanský suggested Hraško had lied to him, Sme reported.

Although the police had been questioning the representatives of the initiative over the alleged corruption, Lučanský found there was no word on corruption in the filed anonymous complaint.

Due to contradictions in this case, the police corps president ordered that the procedures taken by the police, who investigated and questioned the initiative over an accusation of being funded by George Soros, be scrutinised.

When the scandal broke news, former Slovak Information Service (SIS) agent Pavol Forisch also published his criminal complaint against the For a Decent Slovakia initiative, accusing them of being financed from abroad.

The criminal complaints contain claims very similar to those of ex-PM Robert Fico (Smer), who has also suggested several times that the initiative may be funded by Soros.

Will Hraško be next to go?

The outcome of Lučansky’s inspection is a disciplinary proceeding against Hraško, whom the media link with former Police Corps President Tibor Gašpar and former head of NAKA’s anti-corruption unit, Róbert Krajmer, for the links to oligarch Norbert Bödör.

If he's booted out, he will be the third person linked to Bödör, who was forced to leave the police this year, Sme reported.