A unique exhibition will bid farewell to Šatan’s career 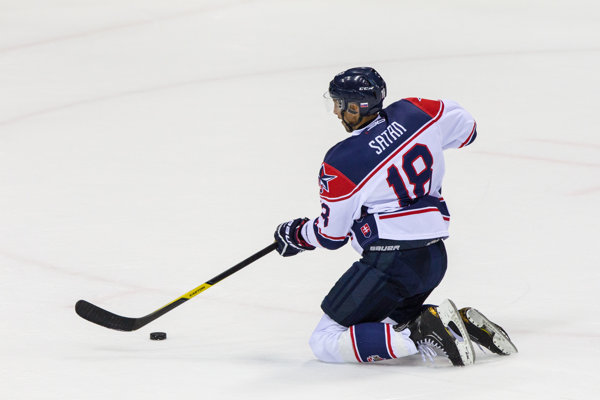 Who was the captain of the Slovak national ice hockey representation? For many, it was the player wearing number 18 on his jersey and “Satan” above it.

Legendary Miroslav Šatan, who was at the helm of the so-called golden generation of ice hockey players, who brought home the only gold medal from the world championship since Slovakia became independent, is now saying a symbolic good-bye to his active career with a special exhibition match on December 18.

“I don’t want to call it a farewell,” Šatan told journalists, “it’s a meeting of players I’ve been playing with in the representation and with whom I achieved several successes. I would like to meet as many of them on the ice as possible.”

Šatan does not plan to leave ice hockey completely, since he was appointed the general manager of the ice hockey representation in 2017.

“I would like to remain close to ice hockey and pass on my experiences,” he added.

The number 18 on the jersey has become closely tied to Šatan, who has been given the nickname “The Silent Assassin”.

As a result, the match will be specially adjusted: one third will last only 18 minutes.

Read more articles by the topic
This article is also related to other trending topics
Bratislava, Miroslav Šatan