Bratislava is unable to secure snow removal this winter

The so-called pavement revision changes responsibility over the cleaning of pavements. 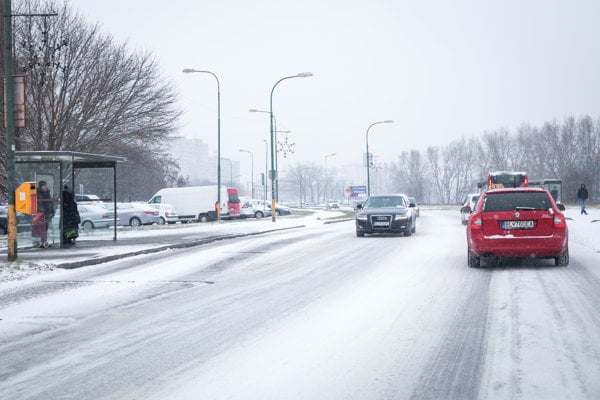 The Bratislava city council is launching a winter cleaning hot line, on which Bratislavans will be able to report icy or snow-covered pavements. This is one of the ways it is coping with the change in the cleaning of city pavements. While so far it was the owner, administrator or user of the given real estate who was obliged to clean the pavements, now it is the responsibility of municipal councils.

Bratislava Mayor Matúš Vallo admits that the city is unable to fully secure its new duty this winter.

“We cannot secure the cleaning of all pavements in our city this winter,” said Vallo as cited in the press release. “So we are asking Bratislavans for tolerance, patience and, within their possibilities, also for help with pavement snow removal in front of their houses in case of a calamitous situation.”

So far Bratisalvans have been able to report problematic stretches of pavements at dispecing@bratislava.sk, zima@bratislava.sk or at the telephone number 02/59 356 761. Since staff was not able to respond to all calls, the city council is launching a hot line and reinforcing the cleaning teams. The hot line’s number is +421 259 356 777.

Municipalities have criticised the change in the so-called pavement legislation, claiming that they have not had time to prepare for this new duty as well as no money for cleaning pavements.

Based on the new legislation, the Bratislava city council and municipal offices of its 17 boroughs are obliged to clean more than 1 million square metres of pavements from snow. As much as 90 percent of them cannot be cleaned by machine and must be manually done.