Public transport in Bratislava faced several problems and three flights had to be rerouted. 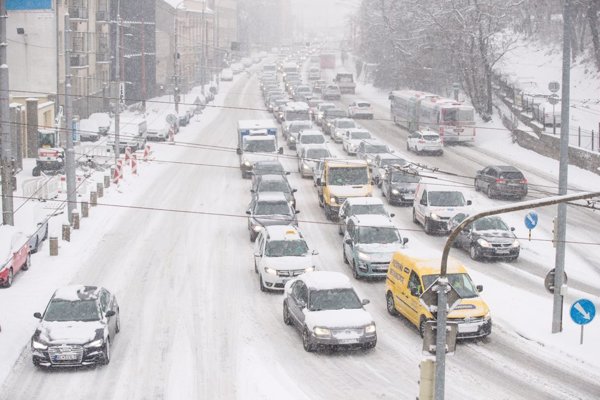 Heavy snowfall, which hit all of Slovakia on January 8, caused several problems during the day.

The traffic in the capital, as well as its neighbouring areas, collapsed, while seven villages in the north of Slovakia continue to fight the snow calamity.

Roads in other parts of Slovakia are passable, but several municipalities did not manage to clear the snow and make roads passable, the TASR newswire reported.

The Slovak Hydrometeorological Institute (SHMÚ) has issued a first-level alert for snowfall, snowdrifts, and black ice for all regions, lasting until January 10. 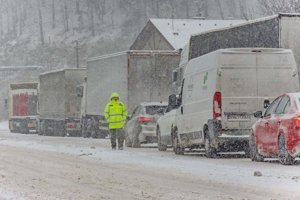 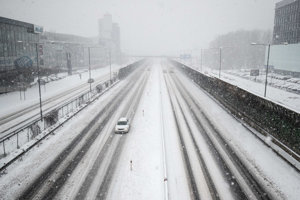 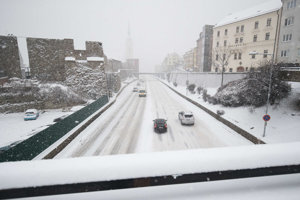 In Bratislava, snow has paralysed traffic. During the day, more than 50 snow ploughs and smaller vehicles used to maintain pavements were in operation in the capital, TASR reported. 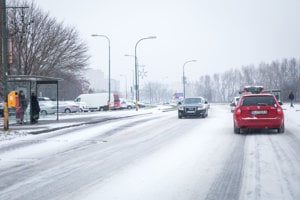 A curious incident occurred near the student dormitories in Mlynská Dolina, where students had to push the bus to help it move. 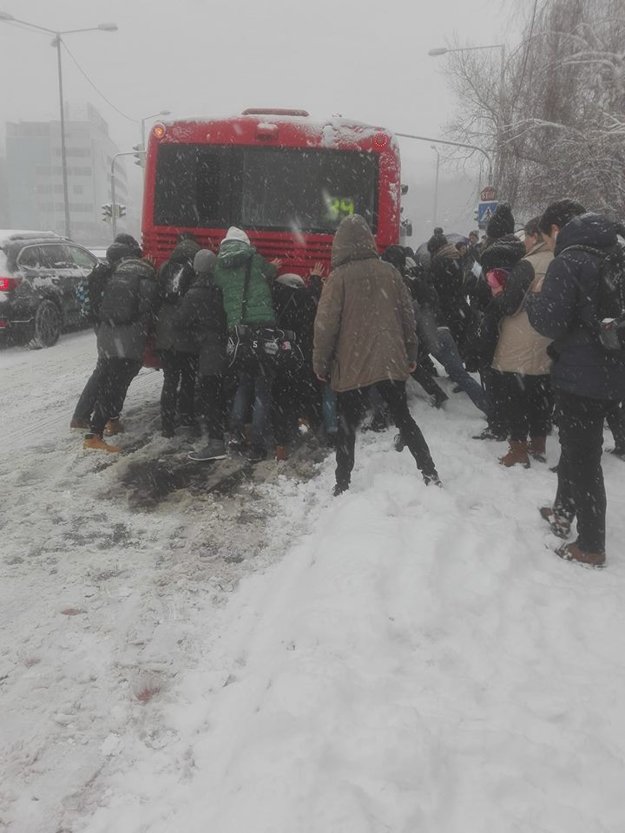 In order to cope with the situation in critical parts of Bratislava, prisoners helped remove snow in the morning, TASR wrote.

Problems at airport and railways

The railway company registered only five train delays in the Bratislava Region on January 8.

"In other parts of Slovakia, we have not registered many delays directly related to the extremely unfavourable weather at this moment," said Tomáš Kováč, spokesperson for the ZSSK railway company, as quoted by TASR.

The situation at Bratislava airport was, however, more critical.

Due to the heavy snowfall in Bratislava, three Ryanair flights were diverted to Budapest.

"There are three planes in Budapest waiting for weather conditions to improve in Bratislava, where they will then fly passengers," said Veronika Ševčíková, spokesperson for the Bratislava airport, as quoted by TASR.

As a result, flights departing from Bratislava to London-Stansted, Birmingham and Marrakesh will most likely be delayed, she added.

In the rest of Slovakia, the situation was not critical, despite the heavy snowfall and black ice. The roads were passable, including mountain passes. They were closed only for oversized vehicles, TASR reported.

The mountain passes Donovaly and Šturec were only accessible with snow chains.

In the Žilina Region, the number of municipalities facing significant problems related to the weather declined to seven, as TASR informed.

Nevertheless, there is still an avalanche alert in the High and Low Tatras, as well as the Fatra Mountains, said Pavel Krejčí of the Mountain Rescue Service.