A monkey eating trash and waste thrown in the river near hippos inspired a Slovak to help Uganda rainforests. 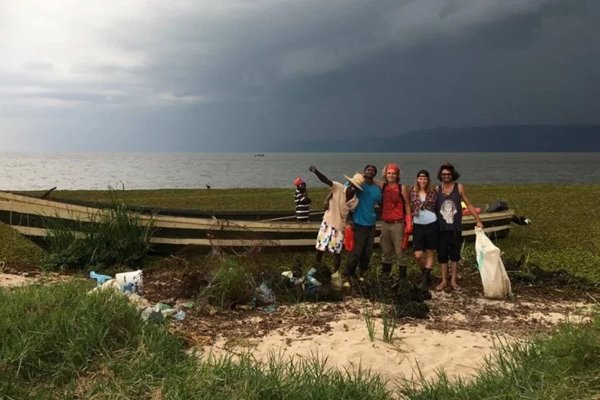 “I was always a nature lover,” Anton Romža, a 39-year-old Slovak native from Humenné who had lived in England for 20 years and decided to clean Uganda's national parks, told The Slovak Spectator.

To this end, he co-founded the NGO Green Blue Life Uganda, which connects volunteers who would like to help.

It all started when Romža’s friend Marek Chomist asked him to go to Uganda with him. They travelled at the end of March 2018 and spent three weeks in the country. They visited several national parks, travelling about 2,000 kilometres in the country with their own guide and driver.

“Dirt and trash surrounded us,” Romža recalls. Rangers put the trash into one big hole in the ground, so a scene with a monkey eating human waste, aluminium and plastics is not unusual.

Another shock came when they saw the ranger throw the collected waste into the Nile River next to the hippos.

“We weren’t ready for this, we didn’t understand the reason why he did it,” Romža noted.