2018 was the hottest year in history

Which month was the warmest? 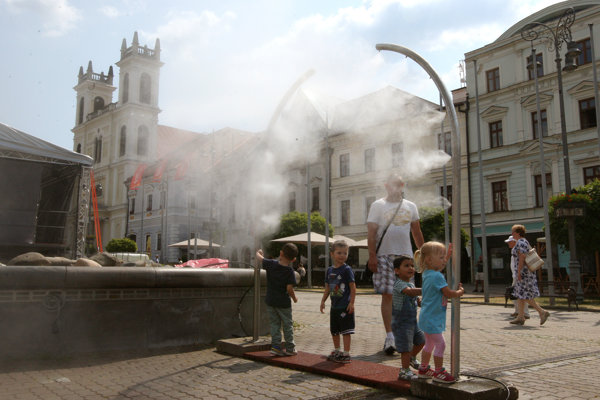 “This value was recorded for the first time in the history of meteorological measurements in Slovakia,” SHMÚ wrote on its website.

The average temperatures were 0.1 to 0.4 degrees Celsius higher than in 2014, when records were last broken. The biggest difference between this and the previous record (0.4 degrees) was measured at the Bratislava-Koliba, Bratislava-airport, Gabčíkovo and Banská Štiavnica stations.

January 2018 was very warm for most of the Slovak territories. The warmest day was January 29 when in the village of Blahová (near Dunajská Streda, Trnava Region) the temperature was as high as 15.9 degrees Celsius. The summer started in the first half of April. The first summer day (with a temperature of 25 degrees Celsius or more) was reported on April 9. The end of month brought daily temperatures of 30 degrees Celsius in some places.

Moreover, the summer of 2018 was between the second to fifth hottest since 1951, and the hottest in history in Dudince. Most stations also reported a record number of summer days. In Žihárec, for example, there were 138 summer days, while the average is only 82, SHMÚ informed.

The end of October and the beginning of November 2018 were also very warm. The temperature on October 29 in Hurbanovo, for example, stood at 24.1 degrees Celsius, which is 11 degrees more than the long-term average.