The lack of available apartments is pushing prices up. 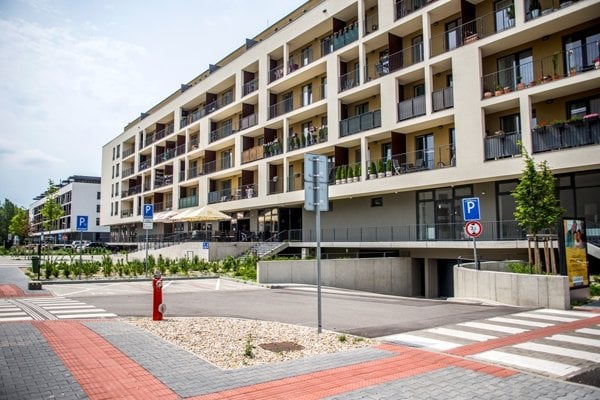 At the end of 2018, the offer of housing units in newly finished apartment buildings in Bratislava hit a low since 2002-2005, when this market started developing in Slovakia. This resulted in an increase of average prices of apartments.

“Demand for housing in Bratislava is high and the condition of the economy is favourable for the real estate market,” said Matúš Jančura, senior analyst with Bencont Investments, as cited by a press release. “Even though limits on housing loans have complicated the paths of many to a loan, predictions that demand will stop have not materialised. Contrary to this, there is a continual desire to acquire apartments, but lack of affordable housing curbs this demand.”

Offers in Bratislava consisted of 105 new projects; half of them now have fewer than 15 available apartments, mostly either apartments with disadvantageous layouts or luxurious, and thus more expensive, apartments. Big projects with offers of more than 100 apartments available include Slnečnice, Bory Home, Guthaus and Kesselbauer.

The average price per square metre in a newly completed apartment in Bratislava amounted to €2,907 per m2 at the end of 2018. This means a rise of 5.5 percent quarter to quarter and 11.5 percent year to year.

The growth of the absolute price of apartments was even steeper as it jumped by 14.7 percent y/y. The price of an average apartment thus reached almost €193,000. The increase was caused by a growth in prices itself as well as an increase of the size of apartments. The latter increased by 4.9 percent y/y to 69.27 m2. The trend of bigger flats has been growing in Bratislava since 2016 when an average sized apartment on offer was 63-64 m2.