Theresa May at least has the courage to try

May keeps her job because nobody else is capable, or willing, to take on the impossible task of Brexit. 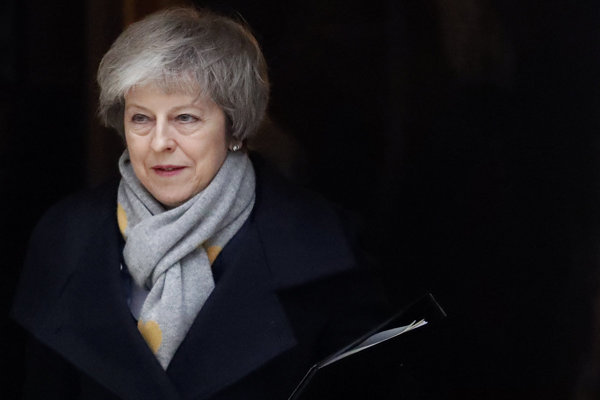 Following her massive defeat in parliament this week over her proposed Brexit deal, I have new respect for the UK Prime Minister Theresa May. It is hard to recall a recent politician who was dealt a worse set of cards, and yet she continues to play her hand even as others fold.

May became prime minister amid the biggest crisis facing her country since World War II. Her predecessor, David Cameron, irresponsibly called the Brexit referendum. After sending the country spiralling into turmoil and creating a new set of problems of untold complexity out of thin air, what did Cameron do? He quit.

Amid the chaos, May logically chose a pro-Brexit politician — David Davis — to negotiate a Brexit with Brussels.

“Once the European nations realize that we are not going to budge on control of our borders, they will want to talk, in their own interest,” he wrote upon taking the job, promising “a more dynamic economy” as well as “greater global opportunities” and “higher wages for the poorest”.

Two years later, upon realizing that all that was a fantasy, what did Davis do? He quit.

Then May appointed Dominic Raab, another Brexiteer, as negotiator.

"We'll be better off if we're freed up to trade more energetically with the growth markets like Latin America and Asia,” he said during the 2016 Brexit campaign. It was Raab’s job to negotiate an exit agreement with the EU. He lasted four months. When he didn’t like the deal that he himself negotiated, what did he do? He quit.

Since the middle of last year, May’s foreign minister, defence minister, transport minister, Northern Ireland minister, work and pensions secretary and science minister have all quit. Yet, she continually wins votes that keep her on as leader of the Tory party and the country. In July 2016, May won the contest to succeed Cameron. In June 2017, she won a general election. In December 2018 she won a party confidence vote. This week she won another vote of confidence from the entire parliament.

Amid opposition and sabotage from within her Tory party, May is also hindered by the incoherence of the Labour opposition. Following the defeat of the Brexit plan in parliament this week, May invited the opposition leader Jeremy Corbyn to meet for discussions. He — in a moment of national crisis and in a shameful example of failed leadership — declined to even talk. Neither for nor against Brexit, Corbyn (who favours whatever might help him become prime minister), wants to lead the country but proposes absolutely nothing for confronting the biggest challenge facing his country.

In short, May keeps her job because nobody else is capable, or willing, to take on the impossible task of Brexit. She is far from succeeding, but unlike the men surrounding her, Theresa May has the courage to try.