Pavol Rusko will not go into custody

However, he remains under house arrest. 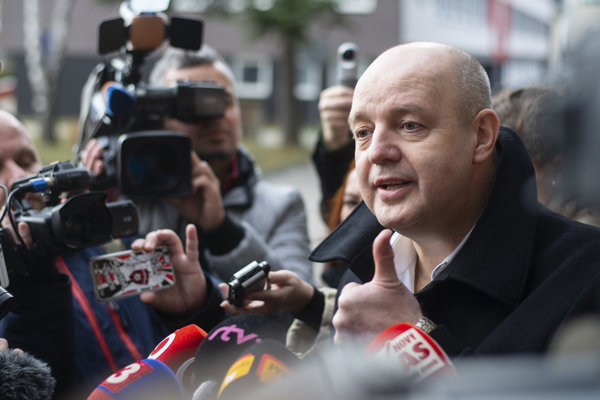 This stems from a ruling issued by the Bratislava II District Court on February 4. It turned down the request of the regional prosecutor, who demanded that Rusko be taken to custody since on the outside he can influence witnesses in the case of the alleged commissioning of the murder of his former business partner, Sylvia Volzová, the Sme daily reported.

“The reason for the court’s decision is that the proposal does not contain any specific facts and reasons that would support the concern of influencing witnesses,” said Pavol Adamčiak, spokesperson for Bratislava courts, as quoted by Sme.

Rusko, who has been monitored via the electronic bracelet since November 2017, commented that justice has spoken, Sme wrote.

Šúrek did not like the December 2018 press conference convened by Rusko and his lawyer Marek Par. Rusko talked mostly about facts that in his opinion do not fit and allegedly confirm his innocence. He also announced that he had submitted a criminal complaint concerning his case to the General Prosecutor’s Office. 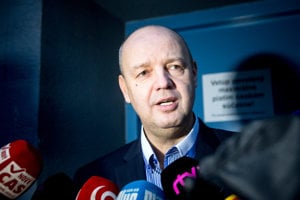 Rusko said after the February 4 court session that he has no problem organising more press conferences since he wants to use them to defend himself publicly. He will organise another one when there is reason to do so, he added, as reported by Sme.

However, Šúrek opines that Rusko’s press conference could influence certain witnesses and impact the entire process. It will be important how witnesses testify at the main trial, he stressed.

The prosecutor did not want to specify the number of witnesses that want to testify against Rusko in the case, dating back to 1997. The information was provided by the ex-boss of the Banská Bystrica-based organised crime group, Mikuláš Černák, who said that Rusko wanted to order Volzová’s murder.

His version was later confirmed by his former accomplice Miloš Kaštan, who said he even took 500,000 Slovak crowns from Rusko as a guarantee. However, the murder was thwarted by Černák’s detention in December 1997, Sme wrote.