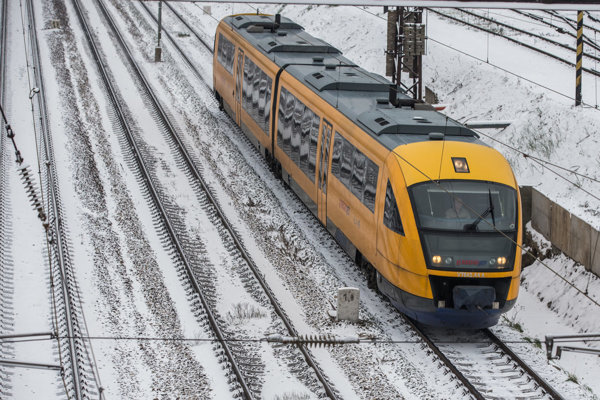 Commuting between Bratislava, Dunajská Streda (Trnava Region) and Komárno (Nitra Region) via train should become more pleasant. Private railway carrier RegioJet and the Transport Ministry have introduced a new plan for the railway route, which belongs to the busiest in the country.

"100 seats will be added to each of the three morning trains in the first phase," said Transport Minister Arpád Érsek (Most-Híd), as quoted by the SITA newswire, adding that the new train sets will arrive from Prague. "In the second phase, double-decker trains must be delivered from Germany."

Train sets with a higher capacity will replace the current trains at the busiest hours, particularly in the morning, from February 18.

RegioJet will add a set of fast-train carriages, for instance, to express train REX1770, increasing the number of seats from 200 to 400. In addition, the capacity of other trains during rush hour will be increased, SITA wrote.

"No more trains can be placed on the track," said Érsek, as quoted by SITA. "This is the only solution we can offer on the single-track railway for now." 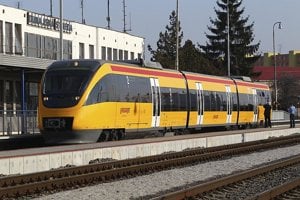 Read also:RegioJet to introduce double-deckers after a record-high increase of passengers Read more

The fact that it is a single-track railway makes everything more complicated since all the existing trains must be able to pass this railway without any problem.

Moreover, the density of this railway connection already resembles city railways in Germany and Austria, despite capacity limits, said RegioJet's spokesperson Aleš Ondrůj, as quoted on the Transport Ministry's website.

RegioJet will gradually employ double-decker trains in the next phase. At first, a contract must be signed with Germany's railways, which is planned for May or June.

Afterwards, the trains will have to obtain a technical licence for operation in Slovakia, the Transport Ministry added.