The current constructor of the Višňové tunnel will not complete it

The Italian-Slovak consortium will have to leave the construction site, the government agreed. 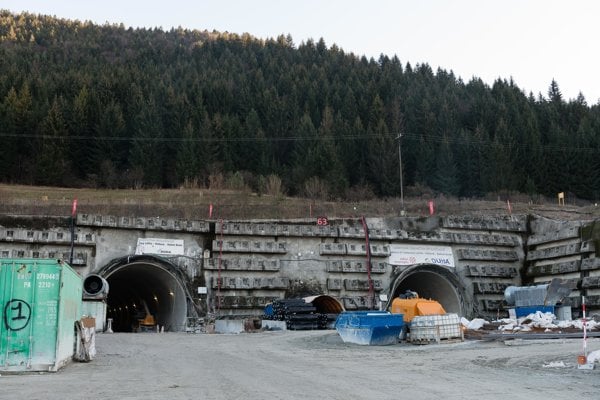 The government will terminate the contract with the Italian-Slovak consortium of companies Salini Impregilo and Dúha.

It is currently in charge of the construction works on the cross-country D1 highway stretch between Lietavská Lúčka and Dubná Skala (Žilina Region), which includes the Višňové tunnel.

The decision follows the criticism of the National Highway Company (NDS) that the constructors cannot finish the work without increasing the budget, the Sme daily reported

"The contractor submitted a proposal to terminate a contract with NDS for the construction of a highway stretch in mid-January," said NDS spokesperson Michaela Michalová, as quoted by the SITA newswire. "Without being provided a payment of at least €100 million beyond the current contract, it is unable to continue the construction project." 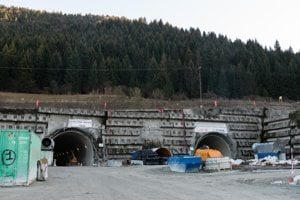 Both parties, the consortium and the NDS, have agreed to terminate the contract without delay. That means the consortium must leave the construction site in a three-month time. The consortium has also pledged to pay the money, which it owes to subcontractors, through a new bank guarantee.

The proposal has already been introduced to the European Commission, which has approved it, SITA wrote.

In the agreement on the termination of the contract, the NDS focused on three objectives. The company, alongside the Transport Ministry, are determined to satisfy legitimate claims of subcontractors, minimise the extension of construction works and comply with EU rules to avoid endangering European money, SITA wrote.

"The new contractor will emerge from a transparent competition, for which we set out specific transparent conditions, including the speed of completion," Michalová said, as quoted by SITA.

The new competition is expected to be launched in the coming months.

The 13.5-kilometre stretch, including the 7.5-kilometre-long Višňové tunnel, was to be completed by the end of 2019.

"It is our goal to complete the project by 2023, because it is financed with EU funds," said Transport Minister Árpád Érsek (Most-Híd), as quoted by SITA.

The opposition claimed that the agreement with the Italian-Slovak consortium is disadvantageous.

"Not only will the contractor avoid some of the sanctions, which threatened them for late completion and delay of each of the construction phases, but Slovakia will also buy the whole site with technical equipment for more than €15 million," said Miroslav Ivan, MP for Freedom and Solidarity (SaS), as quoted by the TASR newswire. 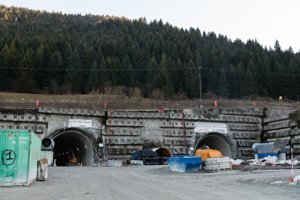 Moreover, if the procurement is over-extended, Slovakia will lose money from EU funds. As a result, the Slovaks will have to pay for the motorway stretch near Žilina, claimed Ján Marosz, MP for the Ordinary People and Independent Personalities (OĽaNO).

"It is roughly €400 million, for which we could get two top-quality hospitals built," he said, as quoted by TASR.

The major ruling party Smer is politically responsible for the state of the motorway stretch, added opposition MP Peter Zajac, as reported by TASR.